Extract from: “Death of a little magazine” written by Stephen Gray for the journal Contrast Vol. 11 No. 2, April 1977.

“Phil moved into Sir George Farrar’s sumptuous corrugated manor house on Crown Mines1; in moved Jean Marquard and Geoff Hughes, and, at various times, Casper and Wopko Jensma. The crumbling house had a winding drive and, best of all, a sentry in a pillbox at the gate who could keep “Green Mansions” private. The bywoner’s house became the Izwi house, complete with our investments in the form of a cache of roneo paper, stencils and ink. Phil’s mothers made cushions and curtains so that we could sit comfortably and have darkness even at noon. Wilma could arrive with her husband as our go-between – Phil and he were working on a liver-cancer research project in the Crown Mines Hospital. The hospital was like a Kipling scene, leaking steam, out of which groped amputees. The project meant Wilma and her husband travelled a lot to Lourenço Marques, where Caliban (in Portuguese) linked up, exchanging material with Izwi: thus we came to know the last poets before Frelimo: Rui Knopfli, Reinaldo Ferreira (whom we mourned) and José Craveirinha; and Alex Quintanilha, a draft-dodger from L.M., lecturing in physics at Wits, became official translator.”

1 Crown Mines was one of four areas in Johannesburg that did not fall under the Group Areas Act. It therefore meant that people of all races could legally meet and even stay overnight at Green Mansions. Of course you weren’t allowed to anything illegal there, like have sex across the colour bar or advocate the overthrow of the apartheid government. 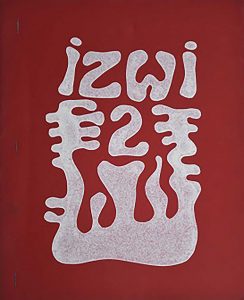 Wopko Jensma (1939 – ) is a South African protest poet and graphic artist. Jensma published three collections of poetry. He suffered from schizophrenia and ended up living at the Salvation Army before vanishing in 1993. He published the following poetry collections: