“It boiled down to Phil, Wilma and me keeping the magazine on the go; Oswald no longer knew us, Lola was having trouble with her dog, and it was easier to travel as three. There were no petrol restrictions, then; South Africa was a milder place – one didn’t remember Sharpeville. We had no hang-ups about expecting everyone of all languages to be in favour of the venture. We functioned through workshops (Wilma in Pretoria, myself at Wits and R.A.U.), through travelling separately or together to Cape Town, Grahamstown, Durban, Koffiefontein and once, triumphantly, to liaise with Roy Holland at Roma, Lesotho: Roy, before disappearing himself, brought in Njabulo Ndebele and Mbulelo Mzamane for no. 10. Of all those who made their debuts in Izwi, Mbulelo’s first story was to go farthest fastest – New York; it felt like we should have another party. Welma Odendaal wrote in from Alice; Robert Greig from Cape Town; Leonard Koza from Elsies River; and Ahmed Dangor, smelling of perfume (he worked in a perfume-mixer’s) arrived, and he was to be banned, too, because Don and he were among the first mild Black Power voices.” 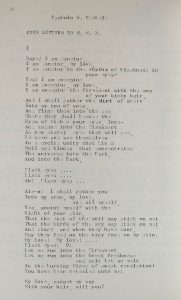 Some of his writings:

Achmat Dangor (1947 – ) is a South African writer and the winner of many literary prizes. He was a political activist and attended Rhodes University. He was national chairman of the Labour Youth Organisation. He also worked for the Youth Department of the South African Institute for Race Relations in the Eastern Province. His banning order (1973 – 1978), which came into effect shortly after issue No. 10 of Izwi was published, prevented him from continuing his youth work at the SAIRR. Dangor was CEO of the Nelson Mandela Foundation until 2013 and was one of Nelson Mandela’s closest confidants. 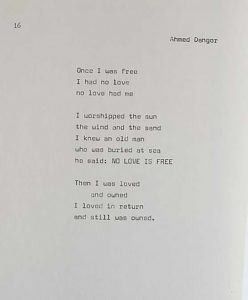 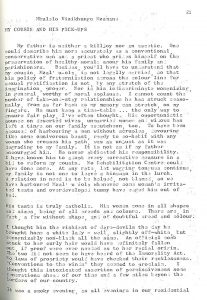 Extract from “My Cousin and his Pick-ups” by Mbulelo Mzamane
Izwi June 1st, 1973, vol.2 no.10
© Izwi
Mbulelo Vizikhungo Mzamane (1948 – 2014) was a South African author, poet, and academic. He held various academic positions in Lesotho, Botswana, England, Nigeria, USA, Germany, Australia and South Africa. In 1976 he was the first recipient of the Mofolo-Plomer Prize for Literature.

In 1994, after his return from exile, Mbulelo became the first post-apartheid Vice Chancellor and Rector of the University of Fort Hare, where he was also Professor of the Department of English Studies and Comparative Literature.

Some of his writings: