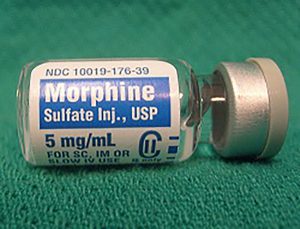 Opium poppies were cultivated in the Middle East. In 1892, any adult in the Transvaal could still buy it without a prescription, as it was used for a variety of ailments. In time, doctors became aware of the dangers of the drug and it was then only made available through prescription. Fortunately for those who had to endure pain, such as nervous ailments and insomnia, another drug, morphine, became available. Having been using opiates from an early age, Eugène then later moved to morphine, which was regarded as the son of sleep and night. It was believed to be the new drug distilled from opium, which was not habit forming and retained all the benefits of opium. No one really understood the reason for his drug addiction, but the reasons could have been:

Marais’s consumption was under control for the first months and his work improved. The insight and understanding that morphine seemed to give him did appear to solve his daily problems, as for the first time in months, he was able to fall asleep. In time, his addiction got out of control.