After moving to a farm in the Waterberg, called Rietfontein, Eugène had an agreement with the owners, Gys and Maria van Rooyen, to live on the farm, have cattle, prospect for minerals and also practise as a naturalist. Eugène studied two creatures, termites and baboons, which had nothing in common but both fascinated him. This is where his theory of the phyletic and causal memory was developed. It was in this period that he produced My Friends the Baboons and provided the major inspiration for The Soul of the Ape. His studies of termites led him to the conclusion that the colony should be considered as a single organism. Marais published his conclusions about termites as a series of articles, written only in Afrikaans, and appearing only in local newspapers, as The Soul of the White Ant. While observing the natural behaviour of these creatures, he noticed that the whole termitary (a termite nest) had to be considered as a single organism whose organs work like those of a human being. 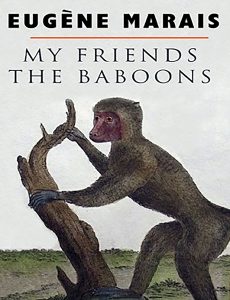 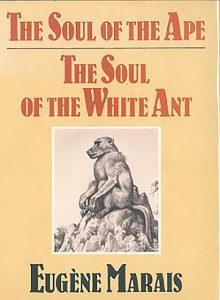