After curing a patient of paralysis through using hypnosis to relieve the mental cause of the condition, Eugène was regarded by the people of the Waterberg as the miracle doctor. While hypnotising the patient, he also massaged their legs.

Marais’s hypnotic abilities were so advanced that he could paralyse birds by making them drop from the twigs on which they were perched. When chickens tried to walk onto the stoep from the farm yard he could make them drop down next to his chair with a couple of gestures. He also managed to hypnotise people against their will. While he impressed the people of the Waterberg with his hypnotic power, he was refining it into an instrument, which he used later to conduct some remarkable experiments. Marais can be regarded as a psychiatrist, as all the patients he cured had suffered from some form of mental condition. He helped patients with mental problems by questioning them and listening objectively to their replies.

Through questioning a large number of people, he developed the theory of Hesperian depression to which he estimated that one out of twenty people were subject. He may have been the first man to write about a phenomenon, which has still not been adequately examined.

Chapter seven of The Soul of the ape makes reference to how Eugène used hypnotic hyperaesthesia on his subjects. The road to Waterberg and other essays, also refers to this phenomena from page 145 to 154. 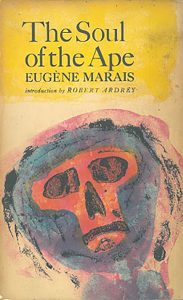 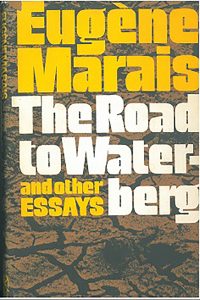