Eugène met his wife, Aletta Lettie Beyers, when he was 21. She was 20 years old and very beautiful with dark brown curly hair. Aletta bought a plot in her own name to safeguard it against financial trouble and had it as an investment for the future. She knew about Eugene’s addiction, but thought she would be able to help him to get by without morphine.

Lettie fell pregnant and gave birth to their son with the assistance of a very drunk Dr Kriel; the birth went well and the baby was normal. Eugène ignored the Afrikaner custom of naming the first son after his paternal grandfather and named him Eugène Charles Gerard, which was a combination of his own name and his brother’s, whom he regarded as his real father. Six months later, Lettie developed puerperal fever (fever caused by uterine infection following childbirth) and succumbed to it in July at the age of 23. Other women also developed the fever and it was discovered that the doctor was grossly negligent during the delivery of Mrs Marais’s son as well as of the other women. He was therefore ordered to leave Pretoria and never to set foot there again. After Lettie’s death, Eugène was unable to look after the child and his sister Sophia took the baby into her care. The death of his wife was devastating and drove him more to morphine. 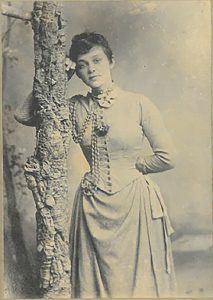