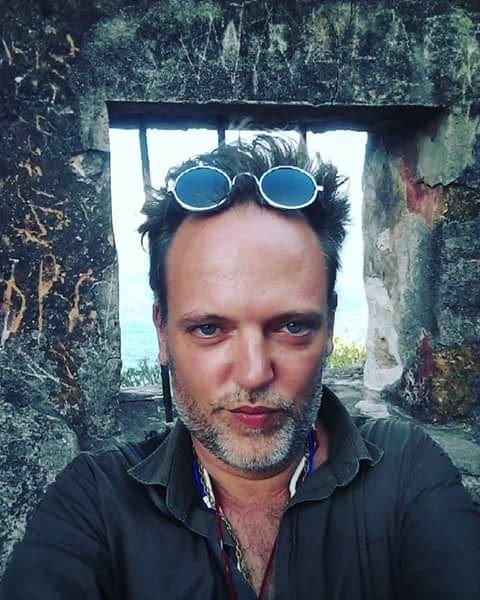 Joost Fontein is an anthropologist of southern and eastern Africa who joined the University of Johannesburg as Professor of Anthropology in September 2018. Before joining UJ he was based in Nairobi as Director of the British Institute in Eastern African (2014-18), on secondment from the University of Edinburgh, where he taught social anthropology for seven years (2007-2014). His research explores the political and material imbrications of landscapes, things and human substances. He has done extended periods of ethnographic fieldwork in Zimbabwe since the late 1990s. His doctoral research (Edinburgh 2003), explored the politics of heritage and landscape around Great Zimbabwe National Monument in Southern Zimbabwe. It won the ASA UK Audrey Richards Prize in 2004, and was published as a monograph in 2006. His second monograph Remaking Mutirikwi: Landscape, Water and Belonging (June 2015) explores the political materialities of belonging in the context of ‘Fast Track’ land reform around a modern dam in southern Zimbabwe. It was shortlisted for the Melville Herskovitts prize by the ASA USA in 2016, and was reprinted a paperback in 2018. He is now completing another book on Zimbabwe, entitled The Politics of the Dead & the Power of Uncertainty: Materiality, Rumours and Human Remains in post-2000 Zimbabwe. His more recent research has focused on emergence, materiality and becoming in urban contexts, as part of a large multi-authored, collaborative project between scholars and artists that he has co-initiated entitled Nairobi Becoming. For this project he has done ethnographic fieldwork across Nairobi looking at water supply and sanitation in Mathare, at the city’s architectural salvage and the demolition industry, and at urban goat keeping and trading at Kiamiako, in Huruma. He is currently involved in two multi-authored, interdisciplinary book projects, one looking at Nairobi, and the other at Temporal frontiers and the excessivity of Time. Since joining the BIEA in 2014 he has also created films and installations for, and co-curated, various exhibitions in Nairobi (at the BIEA and at the National Museum), including Remains, Waste & Metonymy I (October 2015 & February 2016); Remains, Waste & Metonymy II: Sensing Nairobi (February 2017 & June 2017), and most recently Remains, Waste & Metonymy III: Kikulacho Nairobi (February and September 2018). He is a founding member of the Bones Collective research group, a former editor of the Journal of Southern African Studies (2008-2014), and co-founder of Critical African Studies.

Research Interests: As an anthropologist of southern and eastern Africa, Joost Fontein’s research explores the political and material imbrications of landscapes, things, time, water and human substances. He has carried extensive periods of ethnographic fieldwork in Zimbabwe and more recently in Nairobi and Tanzania.

Teaching interests: Joost Fontein has taught, mentored and supervised social anthropology and African studies students at undergraduate, postgraduate and doctoral levels. He was external examiner for the anthropology and African studies programme at Birmingham University for four years. He has also examined many PhD and masters students as external examiner. He has supervised or co-supervised more than ten PhD students to successful completion. He believes that research and teaching should be intertwined and mutually beneficial for all concerned. As well as core courses in anthropological research methods, writing and theory, he has offered specialized optional courses in the anthropology of landscape, history and memory, and is keen to develop new courses in Materiality, Time and Uncertainty; Knowledge collaboration between scholars and visual artists; and in Difference and the new Humanism.

2017 ‘ “Those who are not known, should be known by the country” Patriotic history, liberation heritage and the politics of recognition in Gutu district, southeastern Zimbabwe’ with Joseph Mujere (UZ) and Munyaradzi Sagiya (NMMZ). Legacies of Struggle in Southern & Eastern Africa in Journal of Eastern African Studies. In production.

2017 “Damming the Zambezi: light and power for which nation?” Review Article of Julie Tischler 2013 Lighter and Power for a multiracial Nation: The Kariba Scheme in the Central African Federation AND Allen, F. Isaacman & Barbara S. Isaacman 2013 Dams, Displacement and the Delusion of Development: Cahora Bassa and its legacies in Mozambique, 1965-2007 in Journal of Southern African Studies.

2016 ‘Rain, uncertainty and power in southern Zimbabwe’ in Special Issue of Critical African Studies: Crossing Africa and Beyond: essays in honour of Marian Charles Jedrej (1943 – 2007), 8.1.

2014 ‘”She appeared to be in some kind of trance” Anthropology and the question of unknowability in a criminal trial’ in HAU Journal of Ethnographic Theory, 4 (1): 75–103

2018 ‘Death, corporeality and uncertainty in Zimbabwe’ in A Companion to the Anthropology of Death, First Edition. Edited by Antonius C. G. M. Robben, John Wiley & Sons

2015 ‘Anthropology, Archaeology and African Studies: Some thoughts on theory, stuff and the possibilities of a new Afro-centrism’ in Theory in Africa; Africa in Theory, edited by S. Wynne-Jones & J. Fleisher, Abingdon: Routledge

2014 ‘Remaking the Dead, Uncertainty and the Torque of Human Materials in Northern Zimbabwe’, in Finn Stepputat (ed), Governing the Dead: Sovereignty and the Politics of Dead Bodies Manchester University Press.

– ‘What is a fossil? Crocs in Rocks in eastern Africa: An interactive installation exploring metonymy, materiality and temporality’ interactive exhibition/installation, in Remains, Waste and Metonymy: A critical intervention into art/scholarship, collaborative exhibition, 24 October 2015 The BIEA, Laikipia Road, Kileleshwa, Nairobi, with BIEA, National Museums of Kenya, Yale University and Goethe Institute , Nairobi.

– Blog-post – March 2015 ‘Zimbabwe: The darkest hour is not before dawn’ on African Arguments http://africanarguments.org/2015/03/16/zimbabwe-the-darkest-hour-is-not-before-dawn-by-joost-fontein/