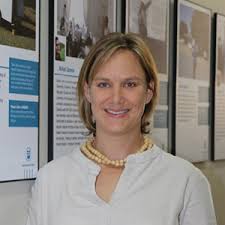 Ingrid Joined UJ as a Professor in January 2018. Prior to that, she worked at the African Centre for Migration & Society at Wits University from 2005 -2017. Ingrid completed her PhD (psychology) at Manchester Metropolitan University, UK. Before entering academia, Ingrid worked at the Centre for the Study of Violence and Reconciliation as a senior researcher. Her research has been in the field of gender, violence and displacement. She has published in numerous international journals and is the co-editor of Gender and Migration: feminist interventions published by Zed Press; Handbook of International Feminisms: Perspectives on psychology, women, culture and rights published by Springer; Healing and Change in the City of Gold: Case studies of coping and support in Johannesburg published by Springer. She is the author of Gender, sexuality and migration in South Africa: Governing morality published by Palgrave.

Areas of research: Ingrid’s early research focused on women’s engagement with political transition and armed conflict in South Africa and the Great Lakes Region. Since then she has conducted research on critical perspectives on sex work and trafficking, claims brought on the basis of gender-based persecution in the asylum system, the tensions between political and domestic violence and gender mainstreaming in development work, and violence against foreigners.

Palmary, I. 2018. Psychology, migration studies and their disconnections: A review of existing research and future possibilities. South African Journal of Psychology.

Palmary, I. 2017. Childhood and the making of a nation. In L. O’Dell and J. Callaghan (eds). Different childhoods. London: Routledge.

Palmary, I. 2016. Global feminisms in a time of migration: Gender sexuality and asylum in South Africa. Psychology of Women Section-Review, 18(1), 13–26.

Palmary, I. 2015. Reflections on social cohesion in contemporary South Africa. Psychology in Society, 62-69.

Nyangairi, B and Palmary, I 2015. Watching each other’s back: Coping with precarity in sex work. In I. Palmary, L. Nunez and B. Hamber (eds.), Healing and change in the city of gold: Case studies of coping and support in Johannesburg. New York: Springer.

Palmary I. and Barnes, B. 2015. Critical psychology in Africa: the impossible task. In I. Parker (ed.), Sage Handbook of Critical Psychology. New York: Sage.

Palmary, I. 2014. A Politics of Feminist Translation: Using Translation to Understand Gendered Meaning-Making in Research, Signs: Journal of Women and Culture in Society: 576-580.

Chereni, A. and Palmary, I. 2010. Social development and migration in South Africa: directions for further research in the region. Social work researcher/practitioner. April: 69-82.

Palmary, I. 2009. Migrations of theory, method and practice: A reflection on themes in migration studies, Psychology in society, 37: 55-66.

Palmary, I. Nunez, L. and Hamber, B. 2015. Healing and change in the city of gold: Case studies of coping and support in Johannesburg. New York: Springer.

Palmary, I. 2017. How unpopular policy is made: a case study of the South African Trafficking in Persons Act. Keynote address at the UN-WIDER conference on development policy. Accra, Ghana.

Palmary, I. 2011. Gender and Migration: past lessons and future possibilities. Presentation at the opening conference of the European Masters in Migration and Intercultural Relations. Oldenberg, Germany.

Palmary, I. 2012. Sex, violence and nation: The gendered nature of xenophobia. Keynote address at the Biannual conference hosted by the Research Institute for Health and Social Change. Manchester, United Kingdom.

Palmary, I. 2015. Invited keynote for Psychology of women section conference of the British Psychological Society.