The Special Collections holds bound copies of the Boletim Official of Mozambique published between 1891 and 1954. These copies appear to have been previously in the possession of Breyner & Wirth, the firm representing the WNLA/Wenela in Lourenço Marques (present day Maputo).

The Boletim Official was the colony’s official weekly gazette. It was published under various titles reflecting the changing official status of Mozambique as ‘overseas province’ or ‘colony’ between 1854 and 1975, when it was succeeded by the present Boletim da República. It was the channel through which the colonial government circulated official information, including legislation affecting the colony and the Portuguese empire as a whole, government appointments, details of land concessions and monthly data on arrests and hospital admissions. Historians of mining may have particular interest in decrees and regulations related to migrant labour recruitment and cross-border travel. 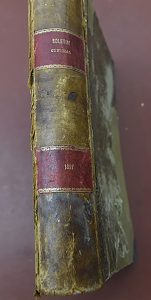 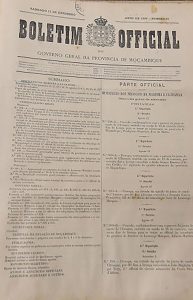 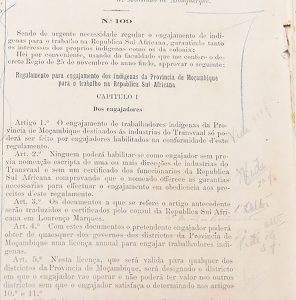