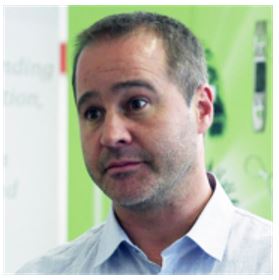 Dr Michael Gastrow is an Acting Director at the Human Sciences Research Council (HSRC). His research is focussed on science, technology, and skills development in their social context. This scope includes research into the co-evolution of innovation and skills, public perceptions of science, and science communication. Dr Gastrow holds an undergraduate degree (Philosophy and Economics) from the University of Cape Town, an Honours degree in Philosophy, and a MA in Creative Writing, also from the University of Cape Town. He holds a PhD from the University of Stellenbosch. His PhD thesis examined representations of the Square Kilometre Array telescope in the South African media.

Dr Gastrow was previously an industrial development consultant for Benchmarking and Manufacturing Analysts, working in the automotive, clothing and textiles industries. He was subsequently a researcher in the National R&D Survey, conducted by the Centre for Science Technology and Innovation Indicators at the HSRC. Since 2008 he has worked in the Education and Skills Development programme of the HSRC. One strand of his research has focused on innovation and capability building, including research into global innovation networks, innovation for inclusive development, and labour market dynamics. Another strand has focused on public engagement with science, including the development of a monitoring and evaluation framework for the South African Science Engagement Strategy, and research (including theoretical studies and national surveys) on public perceptions of science.

Dr Gastrow has published over 20 peer reviewed journal articles, and authored two books: The stars in our eyes: representations of the Square Kilometer Array telescope in the South African media (2017, HSRC Press), and Linking universities and marginalised communities (2015, HSRC Press with Kruss). He has also edited Capability Building and Global Innovation Networks (2015, Taylor & Francis, with Kruss).

Dr Gastrow has conducted extensive research into social aspects of astronomy, including research into representations of the SKA telescope in the South African media, a national survey of public perceptions of the SKA and astronomy, and analysis of astronomy skills and innovation systems. He is currently leading research into the human development impacts of the SKA telescope. He has also worked extensively in the area of biotechnology. He has published an analysis of biotechnology R&D in South Africa, led a project investigating media representations of biotechnology in South Africa, and has led a national survey of public perceptions of biotechnology. He is currently leading the development of a monitoring and evaluation framework for Biosafety South Africa. Manufacturing, particularly in the automotive sector, has been another sectoral focus. This has included research into global innovation networks in manufacturing, as well as analysis of national R&D survey data for the automotive sector. His current research is focused on the so-called Fourth Industrial Revolution, for which automation, digitalisation, and biotechnology are seen as the core drivers of economic and social change. He is currently leading a South Africa ? EU Dialogue on the 4th Industrial Revolution, and providing research support to the Department of Science and Technology? strategy and policy development initiatives in this area.