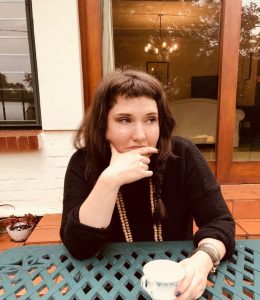 ​Sarah Delius completed her PhD in 2020 in the Political Science department at the University of the Witwatersrand. She also received her undergraduate and honours degrees from Wits before doing a masters in history at the University of London’s School of Oriental and African Studies (SOAS . ). Her PhD. The Same in All but Name? Marriage, Slavery, Patriarchy and Politics: Sierra Leone 1880-1990, looks at the historical genealogy of practices of forced marriage in Sierra Leone from British colonisation until the outbreak of the civil war in 1990. She was affiliated with the Conjugal Slavery in War Project, the DTS-NRF Centre for Excellence, and the Mellon Grant: Governing Intimacies Sexuality, Gender the State in a Post-Colonial World. Her thesis looks at the historical genealogy of marriage and slavery in Sierra Leone from the 1880s until the civil war. She has done extensive archival research in Sierra and the United Kingdom. Her areas of interest are; West African History, histories of Empire, gender, conflict and state formation