Department of Science and Innovation(DSI)– The University of Johannesburg’s collaborator and funder for the project.

University of Johannesburg – The research team in collaboration with the DSI’.

For this analysis, as reported in the “Printer Availability Report”, two 3D printing systems are compared to the conventional building methods separately

Typically, a robotic arm system is placed on a vertical metal frame, which is anchored to the surface (Apis-cor, 2019). The robotic arm is attached to a hose, which carries the concrete from the reservoir to the nozzle.

The gantry system consists of a structure, designed using standard steel profiles. The base of the gantry printer is usually a standard universal beam, flat steel base or an isolated steel base on which a rail is welded for the horizontal movement of the printer assembly. 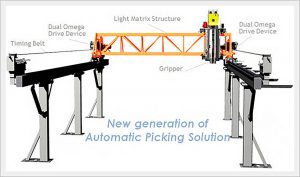 The construction sector is commonly known of employing workers with relatively low skill levels and that is capable of providing income only for the duration of the construction project. Construction projects in areas where economic activities are constrained or limited are capable of providing some level of employment even though it might be for a limited duration. In this case, local skills are developed thus improving future opportunities for the local labour.

Depending on the 3D printing system used and the thickness of the wall, it takes a minimum layout speed of 300mm per second. This would take a minimum of five hours to print the whole house. There is preliminary evidence that 3D printing might reduce the construction time as compared to the conventional building methods wherein 2 + 2 labourers can take a day or two to build the top structure of 60 square metres of external walls and 31 square metres of internal walls.