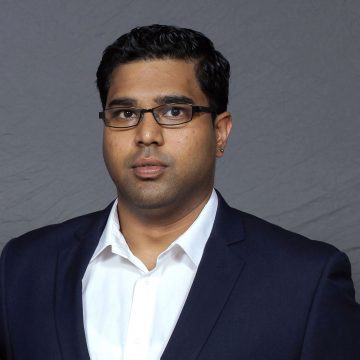 Prof Wesley Doorsamy completed his MSc in Engineering in one year and his PhD in two years from the University of Witwatersrand. He also completed the postgraduate diploma in education (with distinction). Currently, Prof Doorsamy is an Associate Professor at the Institute for Intelligent Systems, University of Johannesburg, and a full member of the Institute for Electrical and Electronics Engineer, a Senior Member of the South African Institute of Electrical Engineers, and an affiliate of the African Academy of Sciences (AAS). Prof Doorsamy’s area of research is in condition monitoring and diagnostics, computational intelligence, analytics and optimisation in different application areas including, inter alia, power and energy, banking, healthcare and manufacturing sectors. His research activities are aligned to Industry 4.0 and he is actively involved in several related industry and government initiatives and technical advisory committees. 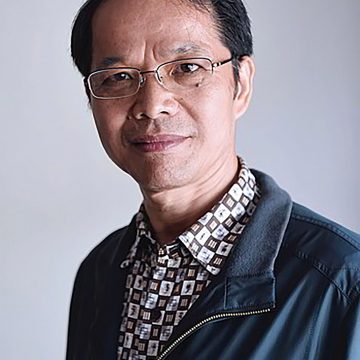 Qing-Guo WANG was born in Suzhou, China. He received, respectively, the B.Eng. in Chemical Engineering in 1982, the M. Eng. in 1984 and Ph.D. in 1987 both in Industrial Automation, all from Zhejiang University (ZU) of People’s Republic of China (PRC). From 1987 to 1989 he was a PRC Postdoctoral Fellow with Department of Mechanical Engineering/the Institute for Fluid Power Transmission and Control (A National Key lab of PRC), ZU. In 1989 he joined the Department of Chemical Engineering/the Research Institute of Industrial Process Control (A National Key lab of PRC), ZU, as an Associate Professor. He received the Young Scientist Award of the Chinese Association of Science and Technology in 1990, and He was named as an Outstanding China-conferred Ph.D by the State Education Committee of PRC in 1991. He held a Alexander-von-Humboldt Research Fellowship of Germany with Me-, Steuer- und Regelungstechnik, FB 7 — Maschinenbau, Universitt-GH-Duisburg from 1990 to 1991 and with Regelungs- und Systemtheorie, FB 16 — Elektrotechnik, GH Kassel Universitt from 1991 to 1992. From 1992 to 2015, he was with the Department of Electrical and Computer Engineering of the National University of Singapore, where he became a Full Professor from 2004. He is currently a Distinguished Professor with Institute for Intelligent Systems, University of Johannesburg, South Africa. He holds A-rating from the National Research Foundation of South Africa. He is a member of Academy of Science of South Africa.

His research interests have been in modeling, estimation, prediction, control, optimization and automation for a wide range of systems including, but not limited to, various industrial and environmental processes, new energy devices/facilities, defense systems, medical engineering, and financial markets. His works cover the cores of Industry 4.0. He has published over 400 technical papers with 300 in international journals and 13 in China journals. He received nearly 15000 citations with h-index of 65 and i10-Index of 186. He was presented with the award of the most cited article of the Journal of Automatica in 2006-2010 and was in the Thomson Reuters list of the highly-cited researchers 2013 in Engineering (1 out of 250 worldwide). He received the prize of the most influential paper of the 30 years of the journal of Control Theory and Applications. He authored or co-authored seven books entitled, respectively, “Finite Spectrum Assignment for Time Delay Systems”, 1999; “Advances in PID Control”, 1999; “Relay Feedback: Analysis, Identification and Control, 2003, “Decoupling Control”, 2003, and “LMI Approach to Analysis and Control of Takagi-Sugeno Fuzzy Systems with Time Delay”, 2007, “PID Control for Multivariable Processes”, 2008, “Filtering and Control of Wireless Networked Systems”, 2017, all published by Springer-Verlag. He is an internationally renowned researcher in the areas of system modeling and identification, relay feedback systems, auto-tuning of control systems, decoupling control, PID control, time delay systems analysis and control, state estimation, multivariable and robust control. His exceptional publications and citations figures are a clear proof for such statements.

In addition to his world-class academic research, he has rich practical development experience and successful technological transfers to industries. He worked (the majority of time physically) in a paper mill for 3 years during his Master and PhD studies and co-developed (with his supervisor and a classmate) the first-ever paper machine computer control system in PRC which was put to its practical use in industry in 1985. He then participated and promoted its implementation in many paper mills during 1985-1990 before he left China for Germany. This invention/development was given a 2nd-class Technological Progress Award of the State Education Committee of PRC in 1990. The spin-off company from this technology, 浙江双元科技开发有限公司, http://www.zjusy.com/?index.html, has dominated the China market since then. After he came to Singapore in 1992, he developed practical control systems for cleanrooms, furnace, crystallization, oil refinery and power systems. He has collaborated with major control giants such as Siemens for dynamic load dispatch of power plants, Yokogawa for multivariable decoupling control, Fisher-Rosemount/Emerson for PID controller auto-tuning, Honeywell for multivariable control, Aspen Technology for model predictive control, DuPont for real time optimal control, and Supercon Technology for robust process identification. He co-holds five patents in USA and Singapore, two of which have been licensed to USA. He has abilities to bring research results to practical applications. He is a rare researcher who is good in both theory and applications. His project was aired in CNN in 2018.

He taught courses in Engineering Mathematics, Electrical Engineering, Electronic Circuits, Signals and Systems, Computer Control, Linear Systems, Servo Systems, and Multivariable Control. He supervised two undergraduate projects on hand-on developmental work and business feasibility study, respectively. His final-year projects are most popular among his over-100-faculty-strength department and actually sought after by students (demanded by them even after department allocation). He has supervised about 30 postdoctoral research fellows, about 30 PhD students and about 30 Master students He got teaching awards almost every year. He is recognized as a passionate and effective teacher.

For his professional services, he is currently the deputy Editor-in-Chief of the ISA Transactions (USA), he was an Associate Editor of Journal of Process Control (an IFAC journal), Jan. 2002-Dec. 2004, and he is currently on editorial boards of a few other journals. He was the chairman of the IEEE control chapter, Singapore, 2000, 2001, 2012, 2013, the chair of steering committee of Asian Control Professor Association, 2001-2002. He was the general chair and program chair of the 4th Asian Control Conference, Singapore, September 25-27, 2002, the general chair of the fourth International Conference on Control and Automation, Montreal, Canada, June 10–12, 2003, and the general chair of tenth International Conference on Control and Automation, Hangzhou, China, June 12–14, 2013. 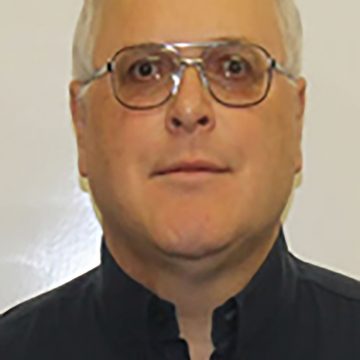 ​Hendrik C. Ferreira(Deceased) was born and educated in South Africa where he received the D.Sc. (Eng.) degree from the University of Pretoria, South Africa, in 1980.

​Ilyes Boulkaibet is currently a researcher at the University of Johannesburg. He received a PhD from the University of Johannesburg, a second MSc from Stellenbosch University, an MSc from the University of Constantine 1 Algeria, and a Bachelor of Engineering from University of Constantine 1 Algeria. Dr. Ilyes Boulkaibet has published papers in international journals and has participated in numerous conferences including the International Modal Analysis Conference. Dr. Boulkaibet s research areas are multidisciplinary in nature and include uncertainty quantification in computational mechanics, dynamics of complex systems, inverse problems for linear and non-linear dynamics and control systems.