Dr  Bhaso Ndzendze is Senior Lecturer and Head of Department: Politics and International Relations at the University of Johannesburg.  He recently penned an opinion article that first appeared in the Sunday Times : 20 March 2022.

The world has a democracy problem. The engine room of its security policy, the United Nations Security Council (UNSC), represents only five countries on a permanent basis to the exclusion of the rest of the world. These five countries – China, France, Russia, the United Kingdom and the United States – have a stranglehold on international security and have been the single-greatest obstacle to advances in the way of realizing true international community. Their permanent seats are the product of the end of the Second World War, in which they were the victors, and reflects the late colonialism and imperialism of the 1940s.

Being the only permanent members in the Council, each of them individually possesses veto power over any initiative tabled. Many have used this whenever proposed resolutions have threatened their interests or those of their allies. Their status also allowed them to solidify and monopolise their nuclear power status. The nuclear Non-Proliferation Treaty in 1968 prevented any other country from acquiring the weapons, leaving them as the only legitimate nuclear states in the world. Membership is also often brandished as a bargaining chip by five states with increasingly little in the way of appeal or normative leadership globally.

The veto power essentially means two realities. Firstly, the UNSC is gutted of any actual power unless all five countries’ interests are aligned, or the resolution tabled before it is sufficiently vague or meaningless as not to threaten them. Secondly, regions that are not represented are at the mercy of the five powers when their interests coalesce enough for them to act. Thirdly, the permanent five (P5), as they are called, have cushioned themselves from any consequence for their actions when international law dictates that they should be. Poor countries have been at the receiving end of the last two of these machinations.

For example, while the UNSC is tasked with initiating action against war crimes and can be referred to International Criminal Court (ICC) for prosecution, this has only been done so in the case of Omar al-Bashir of Sudan, despite US and UK leaders being responsible for destruction and the death of millions in Iraq as part of a war they set on that country under false information. Incidentally, the ICC has only charged African persons, a process clearly the product of power imbalances than the objective pursuit of justice alone.

Against these harsh realities, the African continent has taken measures to reform the UNSC. The continent’s blueprint for the transformation of the Council is known as the eZulwini Consensus. Reached collectively in the namesake town in eSwatini, in 2005, the consensus reflects the continent’s desire to get a seat at the table. The AU correctly observed that the United Nations is skewed towards the Northern Atlantic (with three member-states), China and Russia. This has left the vast majority of humanity without representation. One of the AU’s proposals is for the inclusion of at least two permanent members in addition to retaining the three rotating seats. Yet these proposals have not gone anywhere. Part of the problem is that Africa is not alone in being slighted, so that other continents, including the economically dynamic Asia as well as South America, are not represented. This collective slighting has not been sufficiently used for collective efforts.

This has been one of the minor bones of contention in the BRICS association, for example. In that forum, three of Africa, Asia and South America’s most prominent states (South Africa, India, and Brazil respectively) seat alongside two P5 countries who are their partners. While successive BRICS communiques have noted the need to reform the UNSC, no activity has taken place due to the competing interests. Similarly pledged by China to its African counterparts (reiterated every three years at the Forum on Africa-China Cooperation) to advance for permanent African representation at the UNSC have gone nowhere.

There is no doubt that one of the obstacles towards achieving UNSC membership have been competing interests within the continent itself. The designation of one or, as desired, two permanent seats for the African continent, that is only one phase of the process. Next comes the question of who should occupy such a seat. Would it be economic size? Might that not reproduce the very inequality being argued against? Or would it be by population? That too would face problems, including the reality of changing demographic patterns caused by migration and birth rates among others.

Power is another consideration. Every regional leader on the continent, including Egypt, Ethiopia, Kenya, Nigeria, South Africa, would be inclined to want the seat for itself. There are other ‘smaller’ but assertive countries, too. Rwanda and Uganda stand out in this regard. The Democratic Republic of the Congo, too, has a clear interest in being a UNSC permanent member. Foremost among its reasons are its mineral wealth and the security vulnerabilities which have prevented it from optimizing its resources to the benefit of its citizens.

One potential route is that of rotating seats within the UNSC for the continent. That is, the two seats would be preserved for the AU, which would decide on the specific countries to occupy them and for what durations. This would be consistent with the UN Charter, whose Article 51 already recognizes a role for regional actors. Indeed the AU has already taken some measures which would fit within such a framework, most prominently the African Union Peace and Security Council. In a 2015 survey by political scientists Janis van der Westhuizen and Karen Smith they found that the majority of South Africans asked have more trust towards the AU than towards the UN. While this could be taken as a vote of confidence in the AU itself, it, however, also demonstrates how far the UN still has to go to fulfil its mission against 21st century realities.

Advocating for UNSC reform may be something of a fool’s errand. As early as the 1960s (with the UN in its third decade) was observing that the greatest force for change in the institution was power more than principle. More was to be learned about the UN’s direction from its donor statements than from its Charter. Yet it is precisely because of its apparent hopelessness that reform is necessary. The organisation still represents the best of what humanity can accomplish, but it needs refining. 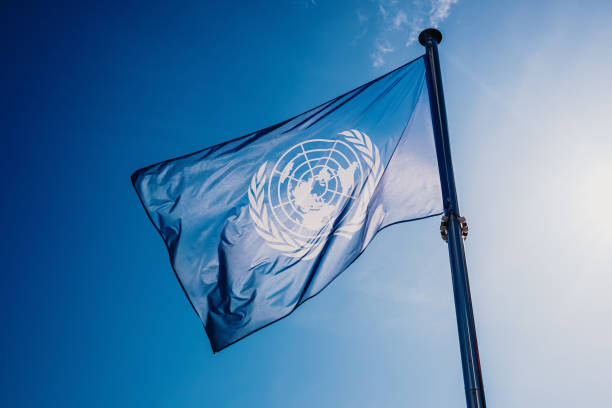