​The University of Johannesburg (UJ) produced a relentless surge in the last quarter to defeat UP-Tuks 64-57 in the Varsity Basketball final at Wits in Johannesburg on Sunday, 13 October 2019. 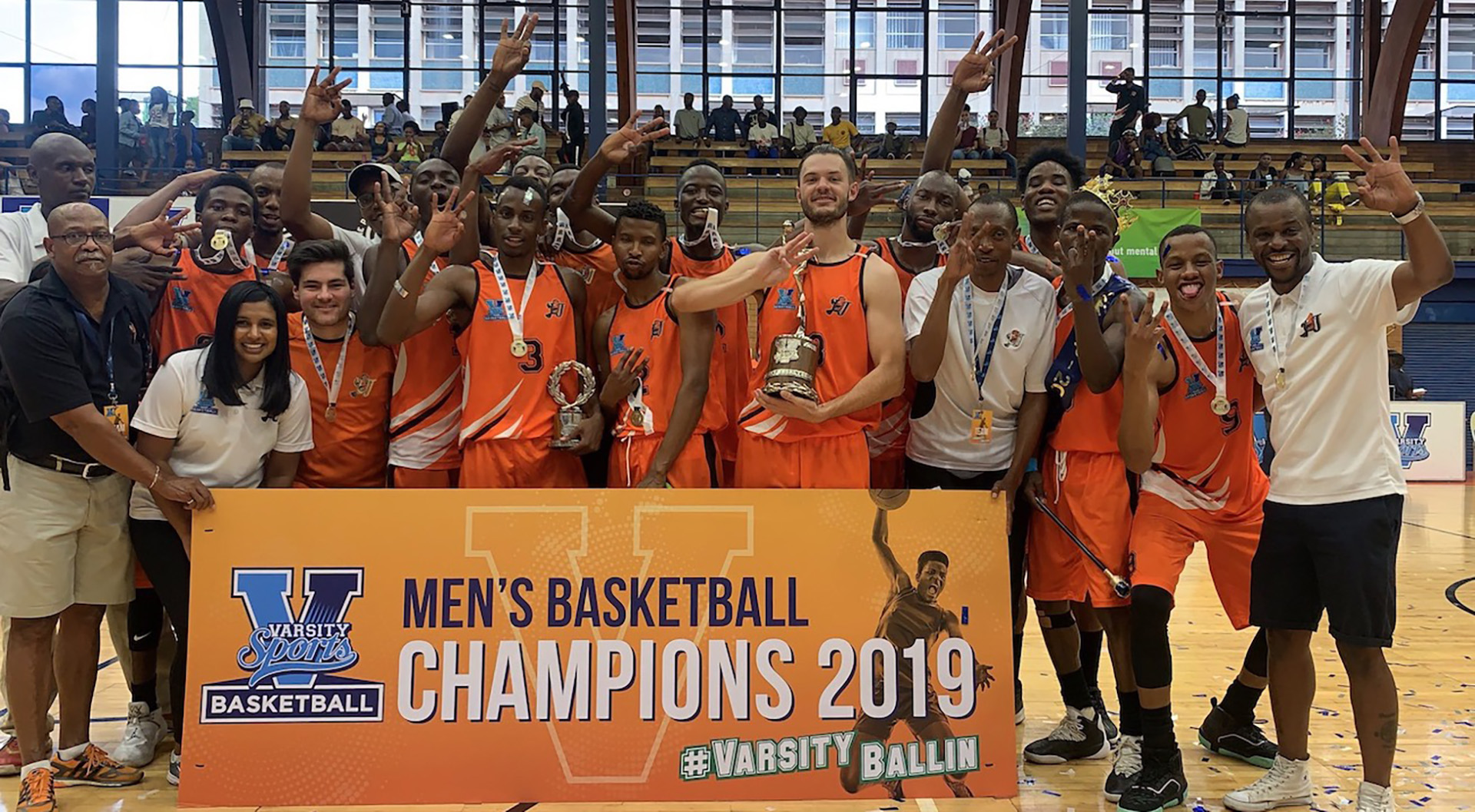 It was a memorable victory, which confirmed the Orange Army’s dominant status in varsity basketball, having won the University Sport South Africa (USSA) title earlier this year. Trailing 55-50 with five minutes left, UJ made intelligent use of their power play to seize the advantage, staying ahead until the final whistle blow.

For coach Mandla Ngema, it was a feeling of relief when the match ended. “It is always difficult to play as favourites because there is a lot of pressure on us and we also put pressure on ourselves. But for the guys to pull it through in the end when we were behind for most of the match is a great feeling,” said the UJ mentor.

Coach Ngema acknowledged the tough challenge which UP-Tuks had presented under coach George Makena. “Thanks to UP-Tuks for the final and we have a lot of respect for them. “They battled last year but have really come back and what they did this week to reach the final is mind-boggling. A lot of credit must go to coach Makena, the best coach in the country without a doubt,” said Ngema.

UJ star Lance Chikore was voted the tournament’s Most Valuable Player and said winning the title meant they had achieved a dream. “I’m so happy because we have been working towards this the whole year and I am very proud of my teammates and what they have put into their games.

“Last year was a tough season for us and this Varsity Basketball has been a hard challenge, but we are just grateful to have come through in the end,” said Chikore.

Although UP-Tuks called the shots for most of the game, Chikore said he had urged the team to stay focused until the end. “I believe everything is about hard work and being strong in the mind. Although they were up, I told my teammates to just keep our heads up and to focus on closing the gap basket by basket,” explains Chikore.

Captain Trystan Speck summed up the team’s emotions when he said the final result was “just overwhelming”. “I really have no words for what I’m feeling at the moment,” he said in the post-match interview. The team has worked really hard throughout the year and this second week of Varsity Basketball was tough, but we managed to come through.

“Congratulations to UP-Tuks for making it a final to remember and I also want to thank all our fans for their fantastic support this year,” said Speck. 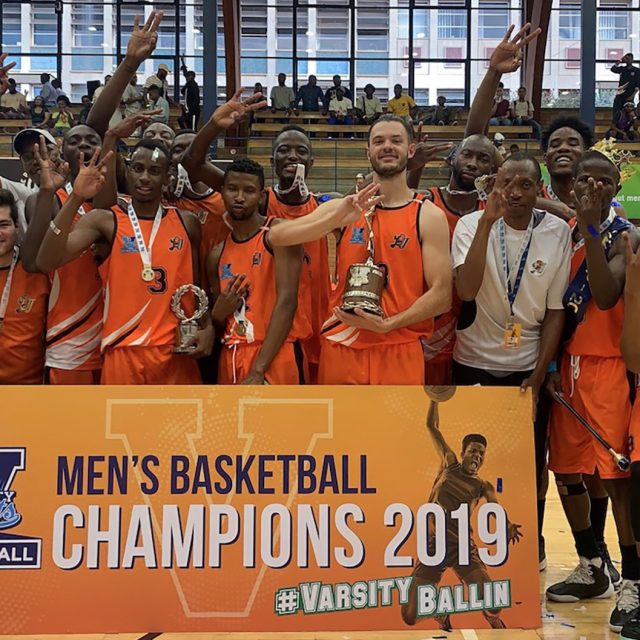