Professor Tshilidzi Marwala is the Vice-Chancellor and Principal of the University of Johannesburg, and the author of the book Leadership lessons from the books I have read. He is on Twitter at @txm1971. He recently penned an opinion article that first appeared in the Daily Maverick: 15 February 2022.

South Africa’s burgeoning youth unemployment rate has long been proclaimed as a national crisis. We have long heard the rolling statistics, and it takes little more than stepping out of your gate to see the sheer levels of poverty and inequality rampant in the country.

This, of course, was the grim state of affairs before the Covid-19 pandemic. The latest statistics show that unemployment in South Africa is at more than a decade high, sitting almost at the 35% mark. This did not even include discouraged workers, which puts the estimate closer to the 45% mark.

Last year, South Africa’s unemployment rate surged to the highest on a global list of 82 countries monitored by Bloomberg. In particular, unemployment continues to burden the youth with nearly two-thirds or 64.4% of those aged 15 to 24 unemployed and 42.9% of those aged 25 to 34 unemployed. It is apparent that we need an overhaul.

In his State of the Nation Address last week, President Cyril Ramaphosa correctly highlighted the issue of unemployment, emphasising that government does not create employment but creates a conducive environment to enable the private sector to create jobs. This is a compelling statement that highlights where Africa has gone wrong.

Because of Africa’s inability to create a dynamic private sector that works effectively with the public sector, we witness people risking their lives crossing the Mediterranean Sea in makeshift boats to Europe to seek better economic opportunities. Because of this failure, we have also seen the largest migration of people to South Africa in recent times. It is estimated that eight million Zimbabweans have migrated to South Africa to seek better economic opportunities.

Karl Marx observed that human beings are physical beings whose needs, aspirations and goals can be fulfilled mainly by material rather than ideal objects. He answered the raging debate that continues today on idealism versus materialism. The failure of African governments to realise that states should seek to improve the material conditions of their people instead of feeding them ideology, explains this migration from Africa to the rest of the world to seek economic opportunities that do not exist in their home countries.

When Deng Xiaoping was modernising China, he realised that he had to liberate China from the clutches of ideological orthodoxy, which was broadly idealistic (i.e. the Great Leap Forward and the Cultural Revolution), in favour of materialistic thinking (i.e. socialism with Chinese characteristics). To this end, Deng argued that the primary development driver is to advance the productive forces. To increase the productive forces, Deng and his team created special economic zones to attract private sector investment and technology, especially from Western nations, into China.

Simply put, Deng’s China created a conducive environment for the private sector to advance the productive forces and create jobs. Because of this policy, in 2018, 87% of urban employment in China was from the private sector compared to 18% in 1995. At the same time, the total GDP increased from $734-billion in 1995 to $13-trillion in 2018.

The primary task of the modern African state should be to develop the productive forces so that goods and services can be produced and sold to create wealth for the nation and advance the social, economic, political and technological fortunes of nations. The simple mathematics of economic fortunes, including employment, is that productive forces drive employment, economic growth and competitiveness.

What is then to be done? We need to increase the competitiveness of our nation, which currently is ranked 60th of 140 countries. As it emerged from a 2018 Organisation for Economic Co-operation and Development (OECD) report, our labour productivity is so dismal that we have the lowest productivity growth rate among the emerging economies. This is symptomatic of a skills shortage, the high cost of doing business and the lack of competition in many markets.

The only reason for South Africa’s rapid de-industrialisation is that it has gradually become less competitive. As a result, imported goods that ordinarily would be produced in South Africa, such as shoes, are cheaper and of higher quality than those produced domestically.

It is even worse when one compares state-owned versus private companies. We are all too familiar with long queues in government entities, with computers frequently going offline. If you compare this to queues at a private entity such as Pick n Pay, it is clear that we have to take private sector efficiency into the public sector. Some of the sources of inefficiencies are that our labour is poorly trained, and the work ethics need improvement. Universities must play a role here to bring the latest knowledge on competitiveness to our public and private sectors.

The other factor that is important for us to grow our economy is to invest in technology. Automation technology increases the efficiency of production, thereby contributing to economic growth. On the other hand, automation also shrinks the workforce, contributing to unemployment. This, however, is not the catch-22 it seems, particularly against South Africa’s labour market context. In choosing between automating and not automating, it is evident that automating grows the economy while not automating reduces competitiveness and ultimately kills the economy.

We need to invest in skills to deal with unemployment. As the industry is rapidly modernising and the Fourth Industrial Revolution (4IR) rages on, new jobs are also emerging, requiring new skills. Data is becoming the most significant currency. For example, who would have thought cars would evolve to a state where information becomes one of their most valuable assets to self-diagnose and avoid accidents? The mechanic of the future has to skill up to handle these changes.

Now answering the question, does the government or the private sector create jobs? It is evident that throughout South Africa’s history, the private sector has been the source of the overwhelming number of jobs and reversing that trend is neither feasible nor wise. Socialist governments that took the role of being employment agents found their economies inefficient, and ultimately, all of them changed to embrace the private sector. Deng Xiaoping’s socialism with Chinese characteristics is simply a strategy to introduce private sector efficiency into a socialist economy.

If the private sector is the primary source of economic activity, what is the government’s role? Government must ensure that the economic landscape is fair for all who are driven and capable to participate. This will naturally include the elimination of anti-competitive behaviours such as in monopolies. Government must ensure that it creates an ecosystem of incentives to promote competitiveness and investment.

For example, the Department of Trade and Industry created the incentive scheme called the Motor Industry Development Programme (MIDP), from 1995 to 2012, which offered a significant improvement to auto manufacturing in South Africa. Its successor, the Automotive Production and Development Programme (APDP), achieved a peak of 631,921 cars produced in 2017, falling to 447,000 cars produced in 2020. This is far short of the intended 1.2 million cars annually by 2020.

We need to create other incentives for other industries such as energy, water, chemical, and electronics. The notion of developmental states such as South Korea and Malaysia is just a sophisticated way of framing an incentive scheme. In a developmental state, government and the private sector choose industries in which to invest. The government puts incentives, primarily in the form of production subsidy and, to some extent, protectionism, to make selected sectors competitive. Whether South Africa will ever have enough resources and honest human capacity to implement the principles of a developmental state remains to be seen.

The government must develop strategies and collaborate with the private sector to make the economy competitive. Already, there are indications that our productivity is picking up with the implementation of 4IR technologies, particularly in the private sector. According to CEIC Data, the productivity growth peaked at 12.93 % in Jun 2021 and a minimum of -4.04 % in June 2020. The real question is, how do we sustain this? The 4IR strategy can potentially make the South African economy more competitive if implemented. In 2019, a report released by Oxford Insights indicated that despite the digital divide and rampant data poverty in Africa, South Africa is one of only five countries on the continent taking leaps into leveraging technologies to accelerate economic growth with AI. The inter-dependencies of our countries on the continent make it a prerequisite to ensure that Africa moves forward together.

Government must play a pivotal role in creating the necessary human capacity to run a modern economy. This means our schools must work and must work well. It means that we need to develop a culture of learning. The reading club that I introduced at the University of Johannesburg (UJ) is an example of promoting a culture of learning.

All these strategies will only work if we have leadership at all levels of our society in both the private and public sectors that is honest, ethical, and works hard in the community’s best interest as a whole. The only way we can achieve this is to disincentivise corruption. If corruption is not eliminated, it will condemn the South African nation to a life of irrelevance and deep poverty. 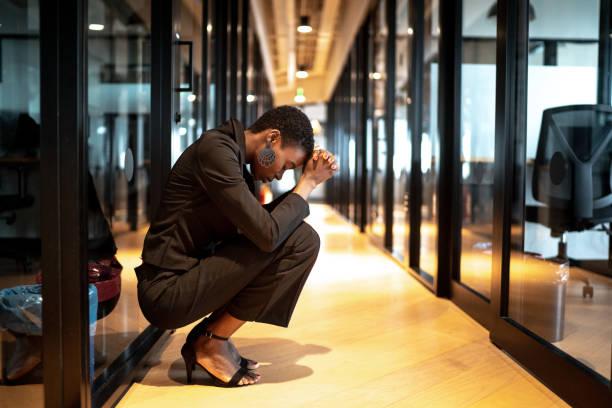