According to University Sport South Africa Hockey page, the University of Johannesburg (UJ) Hockey squad members who participated in this year’s championship average the age of 20.5. Based on their performances in the weeklong competition, this is an achievement and a positive glimpse into the sport in the university.

This is according to the senior men’s hockey team Head Coach, Moabi Malebye, who guided his team to a 5th position finish in what was an intense event.

The UJ Hockey Club sent its male and female teams to the competition at the University of Cape Town Hockey Astro Turf and Hartleyvale Stadium. The young, competitive male team struck twice past the University of Free State in a thrilling 6-0 match on Tuesday, 5 July and 4-1 in their last encounter on Friday, 8 July 2022. The UJ male hockey team narrowly missed qualification to the semi-finals by a single match. In their opening game against UCT Men, UJ went down by 3-2 final score, with UCT snatching victory over the Orange Army (UJ) with a goal scored in the last minutes of the match.

Men’s captain, Caleb Kruger, says his team did well in the competition.

“We were close to making a semi-final. Both games we lost were competitive and even a draw with UCT may have been enough. Ultimately, that was not the case. With more experience and growth together, we can turn those close encounters into wins,” says Malebye.

The UJ men’s team was the youngest team in the A section with most number of debut players and most number of first-year players in the squad. “This means that they had the least amount of USSA experience, i.e. caps (on average) – UCT is excluded because they opted not play last year, so their caps would be lower. Statistically, we are a better team and did it with a younger squad than in 2021,” explains Malebye.

The UJ senior women’s hockey team started like a house on fire, winning their opening encounter with a 2-1 final score against UCT Ladies on Monday, 4 July 2022. In their second, third and fourth matches, the UJ Ladies lost 3-0 to Stellenbosch University, 5-2 to North West University Potchefstroom Campus, and 2-1 against the University of Free State Ladies, respectively.

UJ player, Laila Williams, said that the team had to finish on a high note due to their losses in day 2, 3 and 4. They will be focusing on league games when the season resumes. Captain Gabriella Terblanche said that they could not connect well as a team, but looking to improve in the future.

“The future is really bright. I watched the UJ Under18 tournament the week before our USSA campaign. In terms of recruitment, we’re looking good. We’ll be challenging for top finish next year. We have a striker that can score, we just need to get a few players to share the load in terms of goal scoring. We had a great season in Johannesburg and the Premier League. We go back to fighting for the title again,” says UJ senior women’s Head Coach, Tsoanelo Pholo. 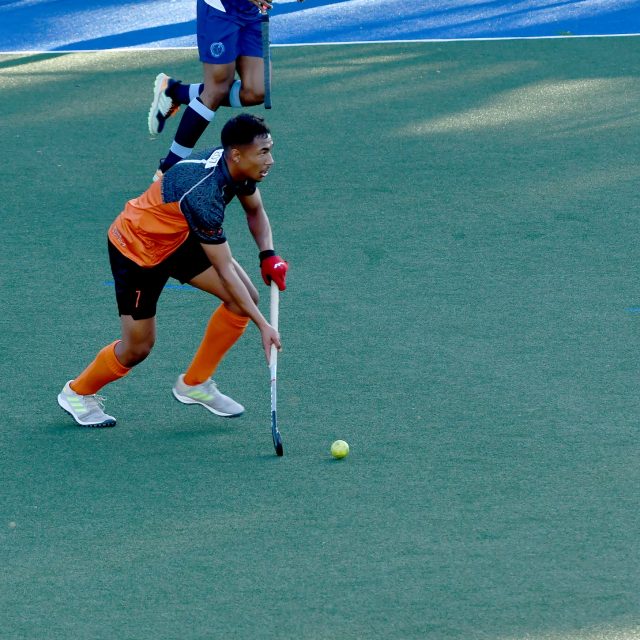