Two young University of Johannesburg (UJ) Cricket Club members, Liam Alder and Ronan Hermann, relish the experience of having played in the ICC Under-19 Cricket World Cup which took place in the West Indies from 14 January to 05 February 2022.

This tournament featured 16 participating national teams with 48 matches played in a Round-robin and knockout format that saw India being crowned champions. It was an international limited-overs cricket tournament. The two UJ cricketers, who are still in high school, represented South Africa at the highest level.

For Alder, the World Cup was a great experience. He learned from the various participating countries’ styles of play. “I learned that the game can change within a ball or two, to be patient in pressure situations and overcome fear. So, I played 10 games and I felt that my performances were to not bowl with an economy of 4,” says Alder.

He adds that each cricket player needs to remain calm and wait for any given opportunity that they must use to change the game at any moment.

“Our South African cricket skills are not that far off compared to the rest of the other countries in the world, as opposed to the narrative out there. However, young South Africans are not exposed to the highest level of international cricket like the other countries. This makes us think that we are young men whereas our global counterparts think and play like grown men. The mindset needs to change,” explains Alder.

Speaking on how UJ has helped him grow in the sport, Alder says the UJ Cricket Club environment has helped him improve his skillset and thinking by “creating a good team environment and the opportunity to milking information from older players. The mutual relationship between the players and coaches and our playing style contributed to my personal performances in the World Cup,” says Alder.

“Our biggest competitor in the World Cup was the Indian team. I went into the tournament wanting to win against them [and the rest of the other teams of course] because I know that they have great players that can spin. This taught me how to bowl to batsmen that are better than me in the tournament and then come use that here at home,” he adds.

The young SA side finished in 7th place in the World Cup.

The 18-year-old Alder is a learner at King Edward VII School. He lives in Alberton, south east of Johannesburg. 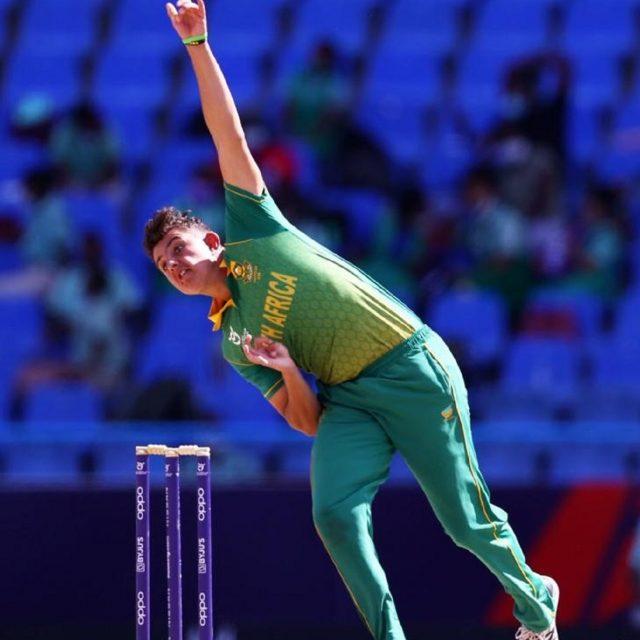