University of Johannesburg (UJ) Cricket player, Khaya Fakude, is basking in the glory of winning the South African Schools representative award, at the 2022 Imperial Lions awards. The SA Schools is a school’s team that is picked after the Khaya Majola Under-19 week.

The youngster represented the SA Schools team in his final high school year in 2021 alongside team-mate Ronan Hermannn as team Gauteng.

“Winning is a great feeling. I have no words to explain it. I have been working hard for a long time, when no one was watching or giving any recognition. To finally do something that one has been wanting is beyond words. It means that the long hours I spent on the field, in the nets, the disappointments and the small successes have paid off,” says Fakude.

Fakude grew up in Kanyamazane near Nelspruit in Mpumalanga. He completed his matric at King Edwards VII in Johannesburg through a scholarship. Currently, he is a first-year UJ student enrolled for a higher certificate in Sports Administration, Coaching and Exercise. He joined the UJ Cricket Club in January 2022. Recently, he was part of four UJ cricket players who were selected to play two matches for the Central Gauteng Clubs XI team from 23 April to 01 May.

“It was a thrilling moment. It felt like I took a step closer to my goal. To have that experience with my UJ team mates next to me was the icing on top,” says Fakude.

He looks up to former Australian captain, Ricky Ponting, because of the way he played while batting and fielding.

Fakude is motivated by African children in the township who have no platform to showcase their talents alongside his family and wanting to be successful.

“I think the biggest challenge for me as a cricketer is sacrificing family time and socializing with friends,” adds Fakude. 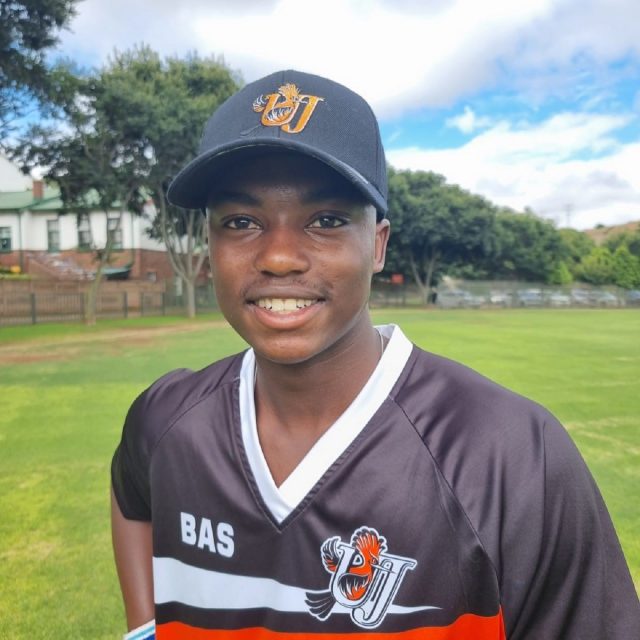