When sports fail: a reflection of player quality or administration?

Bafana Bafana has once again failed to qualify for the Africa Cup of Nations (AFCON)), this time in the upcoming 2022 edition of the tournament. This is by all accounts a dismal turn of events and a monumental disappointment for millions of sports and football loving citizens and South Africans in general. It is worth noting that since South Africa hosted the FIFA World Cup in 2010, the senior national football team has failed to qualify for five major tournaments – three times in the AFCON and two in the World Cup.

The team’s failure to represent the country in continental and world football championships speaks volumes about the standard of football in the country.

After the latest failure, anger and frustration were palpable among the fans and general public. Was this anger justified? Asking this is like stating the obvious. Does this shock them? Yes and No. Firstly, and at least from a patriotic point of view, the failure to qualify came as a shock because the team only needed two points out of a possible six to qualify for the tournament next year in Cameroon. For the soccer pundits, however, there was nothing shocking about the team’s latest debacle. If there is one thing that Bafana Bafana have mastered, it is the art of flattering to deceive. Or more precisely, falling at the last hurdle.

Perhaps this failure can be seen in a number of developments, including the link between the number of South African players plying their trade locally and those playing abroad. It is usual to have South African players return home after a short stint at international clubs, citing the European weather as a challenge. Could their return to local clubs be about their climatic adaptability or could there be additional reasons? Only players can tell – after all, they are the ones who know what and how it is to play overseas.

The lack of South African players in the world’s top leagues such as the Spanish La Liga, the English Premier League, Germany’s Bundesliga and Serie A, for instance, could be a reflection of the type of football we play here. While West African players continue to excel in these premium benchmarks leagues, the existence of local players there is like to a drop in the ocean.

This then begs the question: Is playing in the South African premier league not good enough in producing quality footballers with the requisite technical and tactical prowess? The recently sacked Bafana Bafana Head Coach, Molefi Ntseki, recently expressed disappointment about the cost of the reluctance of European clubs to release some South African players who were called to play in the AFCON qualifiers on the team’s quest for qualification. Could this mean players playing in the local league are not good enough, as seen in the matches against Ghana and Sudan?

Whichever way you look at it, failure to compete at the AFCON is a dismissal failure, more so for a country that is hailed as one of Africa’s best economies along with Nigeria. The disappointment is therefore understandable, given that football is one of the great morale boosters and makes for an improved happiness index for many people.

Amid all of this, the fingers cannot always be pointed at the coaches. The blame should squarely be laid on the South African Football Association. How do account for the fact that with a quarter of a century since South Africa’s readmission in the global football stage, and more than a decade since the country hosted the world’s premier sports event, local football remains in the doldrums. For a country that boasts some of the world’s best sport facilities and infrastructure, this is simply unacceptable.

Players selected to represent the country must understand the honour and pride that goes with donning the national team colours and carrying that national badge. They must do better. If South Africa is to turn around its fortunes and begin to be the once formidable force it was in its maiden years of readmission into global football, changes have to start at the top.

*The views expressed in this article are those of the author and do not reflect those of the University of Johannesburg (UJ). 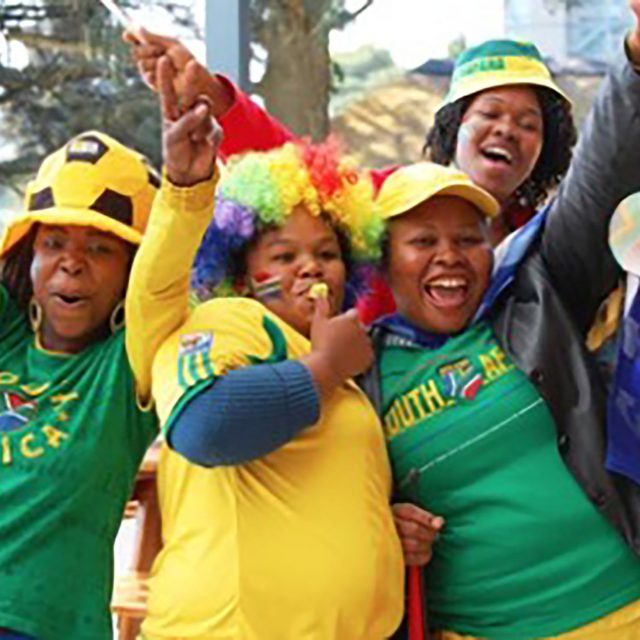