VC Statement to Staff and Students

TO: ALL STAFF AND STUDENTS OF THE UNIVERSITY

I write this mail as a follow up to the announcement of the Joint Vice Chancellor and SRC Statement on the zero percent fee increase and related matters. I will first clarify and amplify aspects of this statement, before addressing some additional matters of concern.

Let me begin by acknowledging the significance and success of the zero percent fee increase campaign. It is a fact that South African universities tuition fees are expensive. Although UJ’s fees are significantly and deliberately discounted when compared with peers, even UJ fees are expensive, especially for our urban and rural poor, and lower middle class. This situation of high fees is the direct result of the long-run real decline in per capita student state funding which has seen for example state funding at UJ decline to below 50% of our annual budget. Nonetheless, at UJ, and together with the UJSRC we have over the years since 2008 focused attention during fee consultations on how we can leverage the UJ budget to enable access for our students who are struggling to pay fees.

Moreover, Council approved a further R20M to top up NSFAS whilst management mobilized a further R37M from some of the Sector Education and Training Authorities, and a further R1M was raised during the highly successful UJ Future Walk to aid students who are unable to finance their studies. Thus, when we add all of these efforts together a total R120M was raised and spent during 2015 on various student support initiatives.

This amounts to a full 75% of the 2015 tuition fee increase being allocated and spent in this manner. It is therefore self-evident that UJ takes financial access for our students very seriously.

The Joint Statement noted that the University shall continue to lobby and work with peer institutions and the government for the implementation of the free education dispensation, with particular reference to our urban and rural poor. Furthermore, deliberations and related student mobilization on this important issue is at both institutional and national levels, and this is expected to continue into the New Year until resolution is reached.

As we note in our Joint Statement with the SRC, the University has recorded good progress with its transformation programme. Consider for example that ten years ago the University had only 9% Black academic staff and that this has now grown to 37%. Further consider that ten years ago the University had 60% Black students and that this has now grown to 86%. However, we acknowledge though that much remains to be done. In particular our attention must now be intensely focused on creating welcoming, embracing and far more diverse environments. It must equally be focused on securing the success of our Accelerated Academic Mentoring Programme that aims to support Black and Women staff to secure promotion and to build a far more diverse professoriate within the next three years. However, with the progress thus far, our work is far from finished.

THE POST-COLONY AND KNOWLEDGE EPISTEMOLOGIES

The Joint Statement also acknowledges that in respect of our academic programmes we have done far too little to examine our knowledge epistemologies, philosophies and contextual realities. We need to establish inclusive traditions, with particular reference to Africa, and that it is now time to do so earnestly, urgently and with integrity. This work will be kick-started with a focus on designing new compulsory undergraduate modules on topics such as Key Themes in African History, Great African Philosophers of the 19th and 20th Centuries, Important Anti-Colonial struggles of the 20th Century, The State of the Post-colony – Progress and Retrogression, and, Critical Citizenship in the 21st Century.

The Joint Statement acknowledges that current outsourcing arrangements are a source of concern and that this cannot be allowed to continue. Accordingly, the University has committed itself to reviewing these outsourcing arrangements in order to improve the working conditions of outsourced workers. To achieve this, much work will have to be done urgently, and an inclusive task team will be constituted to commence work next week (week of 2 November 2015).

I reaffirm that no disciplinary action will be taken by the University against students and staff who participated peacefully in the staff and student protest, and that the court interdict that the University obtained will remain in place for the protection of the university community and property. It should be noted that the interdict will only be invoked if the safety and security of staff, students and university property is threatened.ACADEMIC CALENDAR

The academic calendar was revised to take into account the disruption of the academic calendar that has affected both staff and student. Classes and tests that were scheduled for 22 and 23 October 2015 and that have not taken place, were rescheduled to take place from 28 to 30 October 2015. The study break (block week) shall now be from 31 October to 06 November 2015; and, examinations shall now commence on 7 November 2015 and supplementary examinations are rescheduled for 7 to 11 December.

I am aware of ongoing concerns of staff and students alike for the University to settle down and for the conditions to be created for students to prepare themselves intellectually and emotionally for the upcoming examinations. Securing these enabling conditions is the top priority of the University management, and I believe that this should equally be the preoccupation of all staff and students.

I have also become aware of various independent protest groupings having emerged at the University to advance various causes, and that this is unsettling to staff and students. In my opinion most, if not all of these causes have been addressed in my communications. Where there is a shortcoming then these should be appropriately presented to the University management.

I have also noted claims that I am unavailable to take up various concerns. Nothing can be further from the truth. Just in the last month, and as part of our well established traditions, we have had well attended and open staff and student meetings on three of our campuses that have provided ample opportunity for staff and students to raise their concerns and to tackle the Vice Chancellor and management on these matters. Moreover, in light of the student protest last Thursday at the University, on Sunday I had extensive and highly successful consultations with the UJSRC and a group of independent student leaders.

Finally, given all of this, I request that staff and students, at all times, show consideration, respect and tolerance in the best interest of the students who are currently studying and preparing to write their final examinations.

With warm regards, yours sincerely 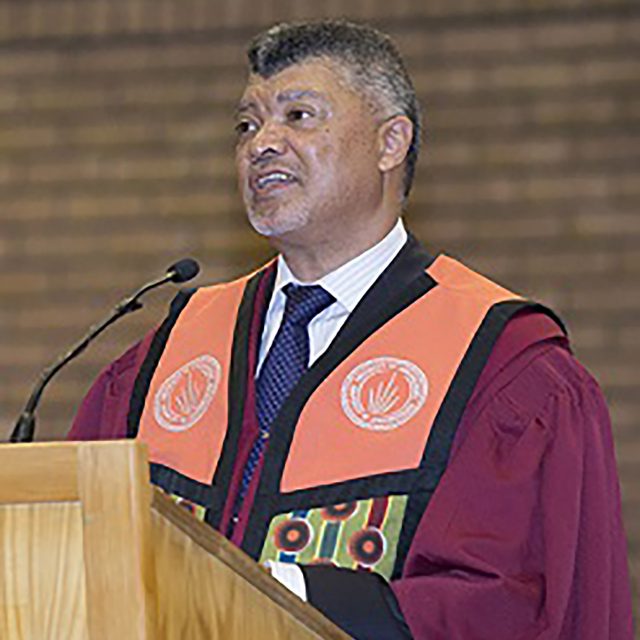