Universities must be forces of change, says Blade Nzimande

​​Universities should eliminate discrimination and promote social cohesion in tackling the triple challenges – overcoming inequalities, eliminating poverty and addressing unemployment – facing South Africa. This was the message from Minister of Higher Education and Training Blade Nzimande at the annual Solomon Mahlangu lecture held at the University of Johannesburg (UJ) on Monday, 10 June 2013.
Minister Nzimande addressed university staff, students and government employees on the role the state should play in enhancing social cohesion and building a better future for South Africans. “Universities have a particularly crucial role to play in building our societies. They must be innovative and creative thinkers of transformation. Transformation can only be achieved through looking at the challenges of the entire university system and not just individual university,” he said.​
The Minister deliberately slammed the illegal public protests of people marching to his office for services. “The government has become an easy target for such behaviour. Some of the protests are counter-revolutionary because people destroy public property – destroying a clinic to while demanding a library does not make any sense at all. This is not what Solomon Mahlangu stood for,” Minister Nzimande emphasised.
He also criticised corrupt individuals who do fraudulent activities in universities to benefit themselves. He explained that placing universities under administration was not an option; people must be appointed formally and be held accountable. The Minister highlighted that his department has made huge progress in many areas and it is learning from other countries, such as Ghana, on how to develop its informal economies.​ 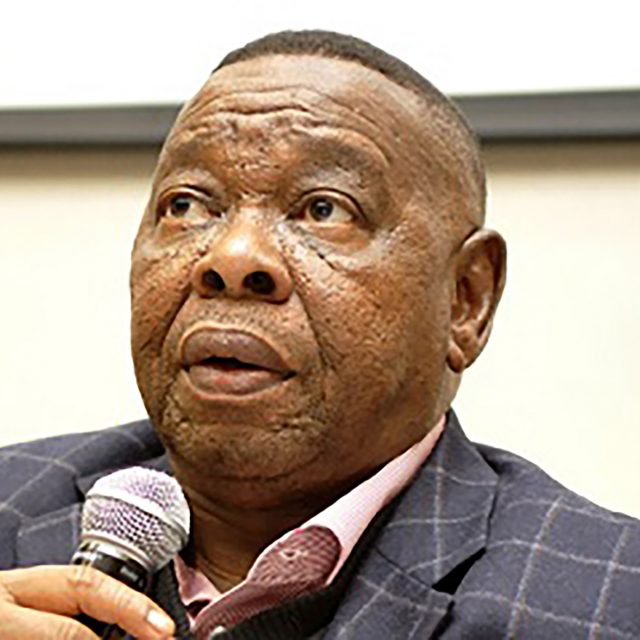