The University of Johannesburg (UJ) women’s team maintained an unbeaten record to emerge as champions of the University Sport South Africa (USSA) football tournament in Port Elizabeth on Friday, 6 July 2018. This title sends UJ into the national women’s football league set to launch next year (2019).

UJ topped their group and clinched the title when they defeated Tshwane University of Technology (TUT) on penalties in the final. All the matches were played at Nelson Mandela University (NMU).

Coach Jabulile Baloyi said afterwards that UJ had set themselves a goal; to improve on the fourth position they had achieved last year. “We went into the week with a strong desire to do better than 2017 when we were the hosts. We wanted to finish higher this time,” she said.

Baloyi added that a number of elements had contributed to their success: “The first thing is that we were extremely disciplined on and off the field. The unity in the team was also strong and we kept telling ourselves we were capable of winning the title. The whole group believed it and we were always motivated to make sure we achieved more than last year.”

She said that their work ethic extended beyond just the players, with the management team playing a critical role behind the scenes to ensure the squad remained focused.

Playing in group C, the team drew their first match, but won the remaining three pool games before entering a tense play-off situation.

“In the semi-finals, we came up against University of Western Cape and won on penalties after the score was 1-1 at the end of regulation time. It was the same in the final against TUT when we drew 1-1 but took the penalty shoot-out,” Baloyi said. 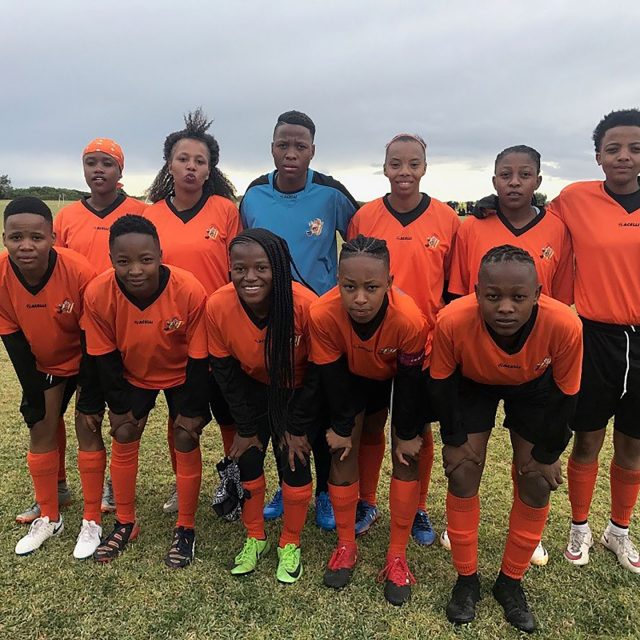