​University of Johannesburg coach Mandla Zwane is pleased with the team’s progress in the Varsity Football tournament, but acknowledges that they still have plenty of work ahead of them.

After five rounds, the unbeaten UJ side head the log on 13 points following their win over Tshwane University of Technology (TUT) on Thursday.

This gives them a record of four wins and a draw so far and Zwane said he was happy “because we have one leg in the semifinals”.

“But having said that, we know it is not over yet and there are teams behind us who are chasing hard for a semifinal spot,” he said.

“We have two games left and this win over Tshwane was a big boost. The boys did extremely well to give us some breathing space.”

The unbeaten UJ team are followed on the log by Wits and TUT, who have 10 points. North-West University are next with nine points and University of Pretoria-Tuks have eight points. Depending on other results, this means the Johannesburg side need just two points from their final two games to ensure they finish in the top four.

UJ’s talisman Mokete Mogaila was on hand to ensure the 1-0 victory over TUT 1-0 in Soweto on Thursday as the log-leaders took control after the break.The second half saw UJ forcing errors from the opposing defence and a goal was inevitable from the Orange Army.

Eventually Tebogo Mandyu put Mogaila through to seal the victory in a moment of brilliance. Looking ahead to their next game against University of Western Cape, Zwane said it would not be a simple outing.

“The log positions [UWC are in sixth position] do not reflect the potential of our opponents on Thursday.

“They are a difficult side to handle and it is not going be easy going there to collect full points.”

However, the UJ mentor added that the squad were highly motivated to achieve their primary goal of reaching the semifinals.

He said one of the key factors for them this season was the victory they achieved against University of KwaZulu-Natal in Durban earlier this month.

“That win [1-0] was very important for us because it lifted our confidence and provided the belief that we can secure a home semifinal. “Thursday’s win over TUT was another important boost for our morale.” 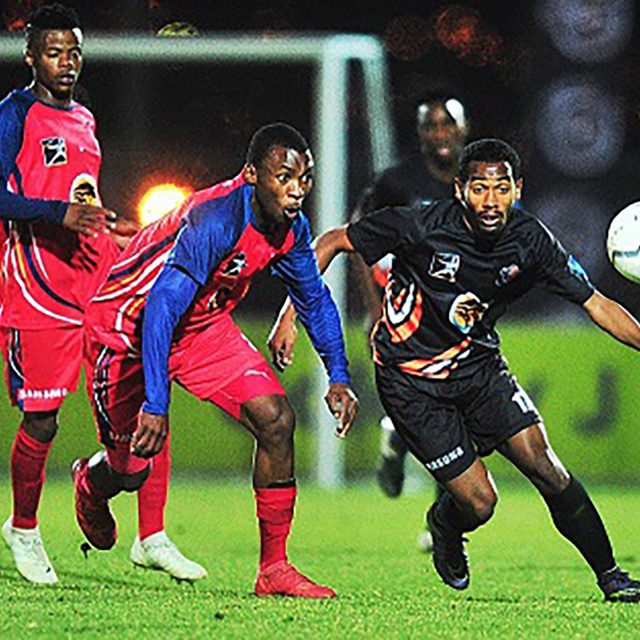