On Monday, 28 March 2022, the men’s senior hockey team of the University of Johannesburg (UJ) was crowned champions of the Southern Gauteng Indoor Hockey League. UJ claimed the championship in an unbeaten seven-game run, winning the final match against Wits University with a 5-3 final score at Cliffview Primary School.

The ladies team (UJ W1) also won the same league, beating  the Wanderers W1 with a 2-1 in penalties shoot out on Wednesday night, 30 March 2022 at Cliffview Primary School. They finished the game with a 1-all draw.

The Orange Army (UJ) played against Wanderers A and B teams, MMC, Wits, Beaulieu A and Southern Warriors A and B team to be crowned champions.

“What we saw on Monday night was another team performance we can be proud of. All credit goes to the players who made this possible. They have set a standard for the rest of the men’s club. It has been fun to watch them grow over the last several weeks. Winning 7 out of 7 matches is something we can celebrate as an indication of progress,” says Moabi Malebye, Head Coach: UJ men’s senior hockey team.

“This is a good start to the season. It was our first ever indoor league that we played, and we won it league unbeaten. It is really good for the players’ motivation for upcoming leagues and tournaments,” says Anton van Rooyen, Manager: UJ Hockey Club.

The Women’s Hockey team will be playing in the final of two pools on 30 March 2022 after winning their semi-final on 23 March 2022.

According to van Rooyen, the UJ men’s hockey team is still aligned to their 2022 goal of finishing top4 in all competitions. 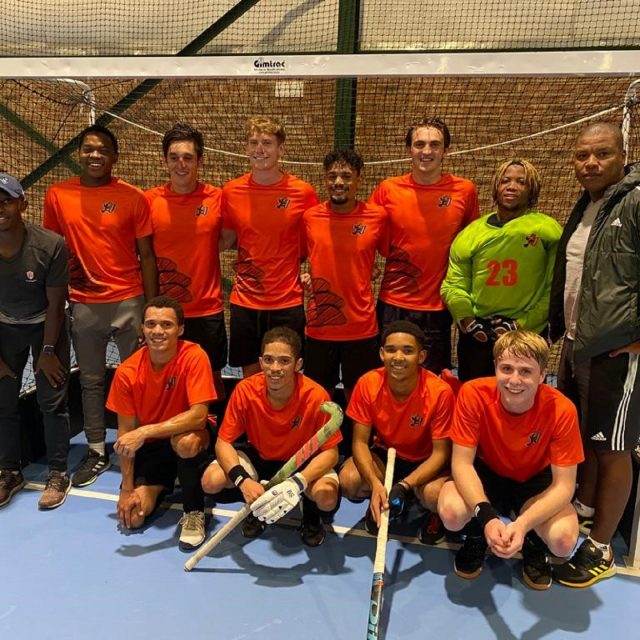