Kamogelo Segone is a research assistant at the University of Johannesburg’s Institute for Pan-African Thought and Conversation. She recently penned an pinion article that first appeared in the Daily Maverick:  02 March 2022.

conflict have been confronted by racism.

The fallout from Russia’s military attack on Ukraine, in which citizens of African countries caught up in the region have again been treated as second-class citizens, has reminded us that humanity has a long way to go.

Their basic needs such as water, food, shelter and safety have been secondary to those of Ukrainians who have been given priority during this conflict. In the Western gaze, African people are not seen as human, an ugly truth that has repeatedly reared its head throughout history.

As thousands of people flood Ukraine’s borders to seek refuge in neighbouring countries, Africans trying to do the same have reported to their embassies that they are being discriminated against. Reports on social media claim that border officials are instructing Africans to stand in separate lines and to let Ukrainian nationals cross the border first.

This is disturbing and problematic and carries all the oppressive hallmarks of colonialism. It mirrors the treatment experienced by Africans whose homes became settler colonies, such as in South Africa.

Those of us who were born after segregation laws were abolished are witnessing how racism is still entrenched in society, no matter where you are in the world. Although Polish and Ukrainian officials have denied reports that African people are experiencing racism at the border between Poland and Ukraine, videos circulating on social media contradict this.

The videos show officials displaying a complete disregard for human life and for international law, which is in place to protect all human beings. The videos allow the world to witness the lived experiences of Africans, whereby they are continually pushed into the margins of society — figuratively as well as literally.

The situation on Poland’s border begs the question, who has the human right to safety and security, and who does not? How do international bodies such as the United Nations intervene where peace-building efforts are thwarted and human rights are blatantly disregarded?

The crisis brought about by war is not the reason for the racist treatment meted out, but it exposes the inherently discriminatory and downright racist systems that remain in place.

These systems are in place all over the world and can be seen even in formal institutions such as banks, for example, where acquiring loans and buying property is so much more of a challenge for African people.

Discrimination is perpetuated by society where the inherently hierarchical system keeps the white, heterosexual, Christian, able-bodied man at the top, trickling all the way down to African women at the bottom of the pile.

We often witness instances of racist treatment meted out to Africans when it is convenient for the West. For instance, African football players are hailed as heroes in France because of their skills, yet as recently as 2021 they were the victims of racist insults for losing a match.

The harsh reality of the situation is that Africans in Ukraine and neighbouring countries may be displaced because of the crisis unfolding in Ukraine.

Disturbing footage being circulated on social media and news platforms showing the poor treatment of Africans requires African countries to strategically plan and prepare to protect their people. What plans are in place? What does this mean for Russia as a member of the BRICS community in light of the hostile environment they have created which has placed African people at risk?

Back home in South Africa, the war will negatively impact on the economy and African women will yet again bear the brunt because they are the most marginalised when it comes to economic inequality. The increase in the petrol and paraffin prices alone means the cost of living will be much higher, which will deepen the racial and gender divide which is so apparent in the economy.

Although the South African Revenue Service shows that South African exports to Russia amounted to less than 0.4% of total merchandise exports in 2021, economic development will be hindered because our country’s economy has been experiencing stagnating growth for decades.

We need the government to outline a clear strategy on how this will be addressed. Moreover, the government needs to engage the public on the matter so that South Africans from all backgrounds have access to information about the situation. 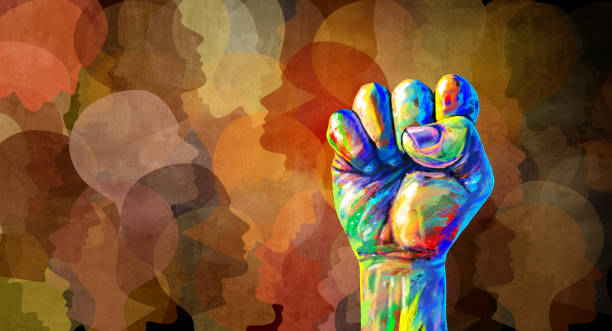