​​​​Peter Vale, a Research Professor of Humanities at the University of Johannesburg (UJ), will deliver his inaugural address with the theme, Home and away: The international and its Publics, in the Council Chambers, Madibeng Building, Auckland Park Kingsway Campus on Wednesday, 11 September 2013 at 18:00.​

Professor Vale taught at Rhodes University before joining the South African Institute of International Affairs from where he left for the University of Leicester to successively read for the MA and a PhD.

He returned to South Africa to teach, initially, at the University of Witwatersrand, before a professorial appointment as Director of the Institute of Social and Economic Research, Rhodes University.

In 1989, he moved to the University of the Western Cape (UWC) to find (together with Rob Davies, the present Minister of Trade and Industry) the Centre for Southern African Studies. For two of the fourteen years he was at UWC, he acted as Vice-Rector for Academic Affairs. In 2003, he was appointed as the first Nelson Mandela Professor of Politics at Rhodes. Seven years later, he joined the UJ as Professor of Humanities.​​

He co-chaired the first inquiry into the Humanities in South Africa; and currently, chairs the ASSAf (Academy of Science of South Africa) Standing Committee on the Humanities. He also chairs the Academy Advisory Board of STIAS (The Stellenbosch Institute for Advanced Study). His awards include the International Medal of the Universiteit Utrecht and the Senior Research Award of Rhodes University where his 2003 book was also received that university’s book prize.

Professor Vale has wide-ranging scholarly interests and these are reflected in his publications. In the past year he has written on South African Marxism, the idea of Security, the Humanities, threats to the University, on South African Intellectual Traditions, and on the Cold War and its ending– the latter was a chapter in a Grade 12 history text-book. In 2011, he published a book on cartoons and International Relations.

In 2013, he delivered the 29th E.H. Carr Memorial Lecture, at Aberystwyth University, which is considered to be the most prominent public lecture in the field of International Relations. He is the first person from the Global South to have been so honoured.

​​Professor Vale also regularly writes on Higher Education for the Mail & Guardian and contributes a monthly column to theDaily Dispatch.

Abstract of the inaugural address by Prof Vale:

A FULL TWO DECADES after the critical theorists confirmed that the professional was political, feminists pointed out that the personal is political. This lecture, which begins with a confession, explains my own journey towards the same conclusions through a discussion of the field of International Relations (IR), the arena in which I served a happy (though, as will become plain, not always intellectually fulfilling) academic apprenticeship.

My frustration with the sclerosis offered by the field began during the struggle over apartheid. Trapped by the Manichean logic of the Cold War, the formal study of IR offered very little to South Africa’s embattled people beyond that tortuous debate over sanctions and the chain of policy questions which it spawned – would they, could they, should they be used against the regime?

Twenty years after the ending of apartheid, we are still no closer to understanding whether or not sanctions helped or hindered us. Today, most conversations on this topic are marked more by mythology than by any factual evidence and sound logic. And this helps, surely, to explain why the on-going tragedy over Syria continues with no end in sight more than two years after it was first brought before the Security Council of the United Nations (UN). For all its genuflections towards the lessons of history and normative thought, IR, like all other policy-directed disciplines, is largely ahistorical in its approach to understanding the social world.

If my distress over the paralysis in IR was one thing, any hope of better things from it were dashed by the decision of “New” South African politicians and bureaucrats – backed by the growing authority of experts – to invade Lesotho in September, 1998. Until that point, I had anticipated a re-negotiation of the sub-continent’s political architecture in the hope that – with both foresight and fortitude – the very idea of “southern Africa” could be conceived anew – in this the re-thinking of the idea of sovereignty would be central (Vale, 2003).

But the closed world of policy making, that place where sovereignty is at once both a commanding idea and has a very slippery presence, drove things differently. The Lesotho invasion took place against the backdrop of the break-up of Yugoslavia and the growing chorus of voices which insisted that global trouble spots could be bombed into a kind of “democratic peace” in the cause of Human Rights. Many – including former Marxists – now believed that imperialism, if done in the cause of both Human Rights and free markets, could ensure peace (Ignatieff, 2003). As a result, this approach, it was said, was the only post-Cold War solution to three perennial problems of inter-state relations, global conflict, Human Rights and world order.

It was as if the cumulated knowledge of IR – which, as we will presently see, was inspired by the highest ideals – had little effect on an episteme which was determined to exercise the oldest rule of power politics, “Might is Right”.

Because I believed that there must be other ways to negotiate the international, I set out anew to understand the social world it makes. This journey has taken me on several detours and in new directions – towards both social and critical theory – “to arrive”, as T.S. Eliot put it in his poem Little Gidding, back ‘where…[I]…started. And…[to]… know the place for the first time.’

There is a sense in which I have returned wiser, though no less idealistic – nor, less worried – than I was when I set forth. If anything, however, I am more pointed in my criticism of the discipline and the role it plays within the academy. But I am more hopeful that focussed critiques of IR, based on openings offered by historical sociology, the history of ideas, the sociology of knowledge, and the interconnected genealogies which link these fields to the world of practice, can bring about better understandings, if not the quite the peace, which the discipline had once bravely promised to deliver.​​​ 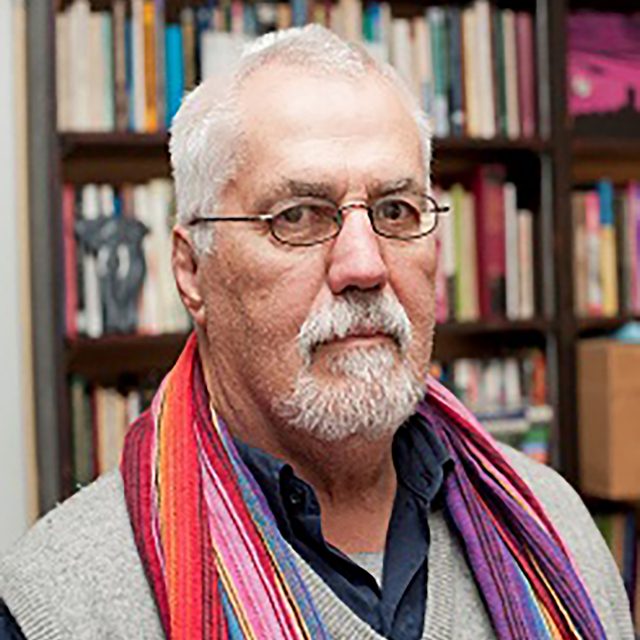