*The Q&A was first published on The Conversation Africa.

Andile Makholwa: Given the challenges South Africa’s economy faces, should the government be exploring a more expansionary policy instead of fiscal discipline?

Prof Fiona Tregenna: The National Treasury is certainly in a complex position, with slow growth reducing revenue while high spending needs remain. But I believe that in terms of counter-cyclical fiscal policy we need more spending, not less, to stimulate economic growth. Rather than following a logic that we need higher growth and thence more revenue and from there more expenditure, it is actually higher expenditure that can stimulate higher growth. A crucial rider to that is about the type of expenditure: if it is unproductive or wasteful expenditure, it will not take us anywhere.

A Makholwa: What you would regard as productive expenditure and why would it make sense now? How would such expenditure stimulate higher economic growth?

Another way of thinking about it is if the costs of not spending exceed the costs of borrowing, it is better to undertake the expenditure. For instance, if roads are not maintained on time, the costs of eventually repairing them rise exponentially. It would have been more economical to spend the money and maintain them in the first place.

Another aspect is the stimulating effects of productive expenditure on the economy. This may, for instance, be through multiplier effects or through crowding in of private investment.

There are other types of expenditure which are required based on meeting people’s basic needs and fulfilling their rights, irrespective of the narrow economic returns on that expenditure.

Where expenditure is fruitless or wasteful, not just in a narrow auditing sense but more broadly, and especially where we are paying interest on resources borrowed to fund expenditure, we pay for that not just in the current period but also down the line, financially and in terms of foregone opportunities for productive expenditure.

Expenditure on “science, technology, innovation and the environment” is being cut in real terms over the next two years in particular. These areas are crucial for sustained economic growth. Even with constrained revenue, we need significant upscaling of expenditure to support industrial development.

A Makholwa: Does South Africa have the right kind of industrial policy and what such policy would should look like? What kind of support should government provide?

Prof Tregenna: Broadly speaking, I think that South Africa’s industrial policies are on the right track. Without these, South African industry would be in a far worse position. But these interventions are not on anything like the scale needed. Significant upscaling and stronger interventions are required. We also need more supportive policies in other areas, notably macroeconomic policy. Without this, industrial policy will not go far in supporting industrial development and re-industrialisation.

A Makholwa: Government has prioritised basic education in recent years. Could money be shifted from other departments to fund higher education amid the funding crisis? Where could the shifts happen?

Prof Tregenna: The Medium Term Budget Policy Statement actually cuts expenditure on post-school education and training in real terms in the coming year. But that was before the “0% increase” announced by the president. In the light of that announcement, additional national resources will have to be directed towards higher education. While the universities may be able to save some resources to effectively cover the 0% increase in fees, that will not be enough. Some people are suggesting shifting resources from the skills development sector to higher education. But this would be short-sighted given the central importance of skills development for growth. Some of the additional expenditure may need to be funded through additional borrowing. 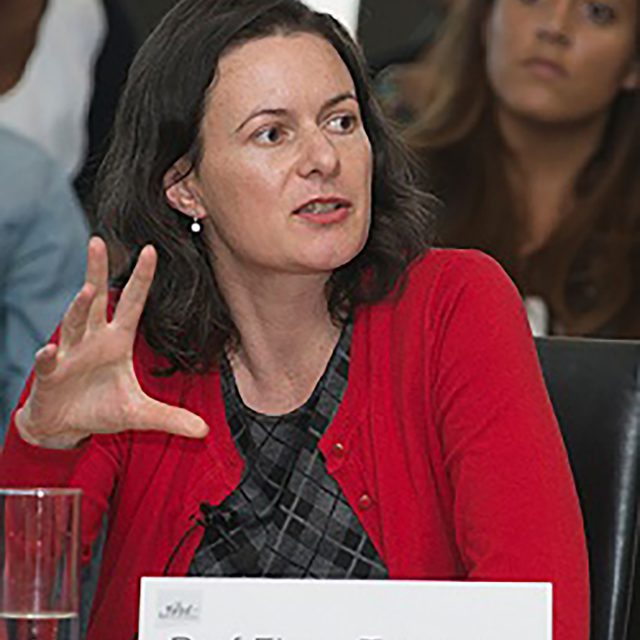