​You know people are in deep trouble when they find an easy scapegoat to avoid dealing with their problems. Which is why the fashionable practice, across the political spectrum, of blaming everything on our rather ordinary president shows we are in serious trouble, writes Prof Steven Friedman.

Prof Friedman is director of the Centre for the Study of Democracy at the University of Johannesburg (UJ). He wrote an opinion editorial ‘Sole focus on Zuma ignores SA’s root problems’, published in Business Day Live, 13 January 2016.

In the places where our elites talk — social and regular media — there is a growing tendency to blame Jacob Zuma for every ill that afflicts us. The problem with this is not that he deserves more support — he doesn’t. It is that it is a dangerous form of denial because it reduces deep problems to the failings of one person and so ensures that no one faces them.

Reaction since Zuma fired Nhlanhla Nene illustrates the point. The outrage over an attempt by politicians to get their hands on public money to feed their patronage projects was justified.

But the fact that our political system passed its biggest test yet — when the attempt to replace Nene with a willing servant of the patronage bosses was defeated in a few days — has been largely ignored.

In the face of clear evidence that politicians matter a lot less than we are told, because our system is strong enough to withstand raids on the Treasury, left and right prefer to fixate on the individual whose inability to get his way has just been demonstrated. Another clear illustration was this week’s fall in the rand, which was attributed by left and right to Zuma’s comments defending Nene’s sacking.

In a week in which powerful global trends were battering emerging markets, there is no clear evidence that Zuma’s remarks had any influence on the currency — it is a hallowed South African practice to assume that markets are reacting to whatever you don’t like, even if you have no evidence to support this.

But, if it could be shown that the markets were reacting to Zuma, no one thought to ask why investors should care about a defensive statement by a president who does not have the power to choose the finance minister he wants.

Or why the currency should tank after the African National Congress (ANC) gave a firm commitment to fiscal discipline in its January 8 statement, further evidence that those who want to use the Treasury to dispense patronage have been beaten back.

The answer is that an elite obsessed with one man couldn’t care less about the health of the system and that foreigners take local elites seriously — if you continually tell the world that all our problems are caused by Zuma and will only end when he goes, it is odd to complain when they believe you.

The most obvious reason why this obsession with an individual is unhealthy is that it is futile. Zuma’s future will be decided not by those who dominate the national debate, but by millions of voters who the debate never hears, and ANC politicians it does not take seriously: this was underlined by the failure of the #ZumaMustFall protests to mobilise society’s grassroots.

But it is also a form of denial — an excuse for not dealing with problems. One irony about the fixation is that it gives Zuma a power he doesn’t have — it makes a very ordinary politician into the cause of all our ills. Zuma did not invent racial division, poverty and inequality, he did not even invent corruption or ineffective government. He is a symptom of these problems, not their cause. And obsessing about him prevents us from discussing the cause.

Our real problem is that the supposed deal of 1994 is coming apart because it ducked the key issues — the domination of a racial minority and the economic ills that go with that.

We need a real bargain that recognises that the minority is here to stay and contribute, but that the economy and society must also serve the majority.

Many actors are part of the problem and must be part of the solution. As long as Zuma is given an importance he does not deserve, we will fail to get down to the tough talking and the compromises we need.

The past weeks have reminded us that racism remains embedded in our society; renewed campus protest highlights just one of the inequalities we have not tackled.

It is becoming ever clearer that this country has spent two decades fooling itself that it has solved problems it has hardly begun to attend to.

Using one uninspiring politician as an excuse for ducking them is a luxury we cannot afford. 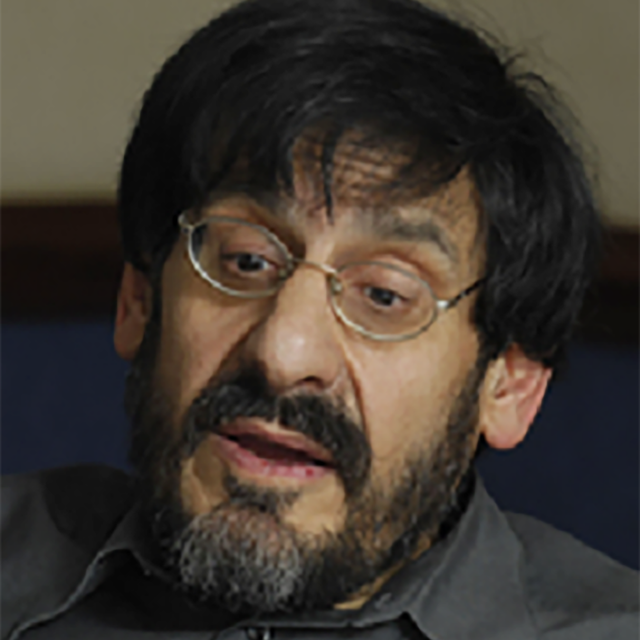