To save mankind from the scourge of war…These eight words drawn from the preamble to the Charter of the United Nations have been ringing in my head for the past week, writes Prof Peter Vale.

Prof Vale the Director of the Johannesburg Institute for Advanced Study (JIAS) at the University of Johannesburg penned an opinion article, States and gangs: the difficult search for new ways to run the world, published by The Conversation, 1 December 2015

States and gangs: the difficult search for new ways to run the world

To save mankind from the scourge of war…These eight words drawn from the preamble to the Charter of the United Nations have been ringing in my head for the past week.

Most believe that they were penned by a British Field Marshall – South Africa’s Jan Smuts: a point affirmed by Richard Steyn in his new biography of the man who several generations of Afrikaners disparagingly called “Slim Jannie”.

I picked it up at the airport and read it on the flight from Johannesburg to Brazil.

There is much in the book about how Smuts, a child of South Africa’s Swartland in the Western Cape, helped to build world order after the First – and especially – the Second World War.

Steyn’s book was a good primer for my destination: a conference entitled “New configurations of international order: values, principles, alliances and alignments”. It was organized by the Brazilian think-tank, Pandiá and Wilton Park, a conference centre-cum-think tank associated with the British Foreign Office.

The backdrop to the get-together, held in a spectacular Polynesian-style resort in Mangaratiba, an hour or so south of Rio de Janiero, was to explore ways to strengthen a rules-based international order.

But if high thoughts hovered over my thinking as I read Steyn on Smuts, it was the disembarkation in Sāo Paulo that brought me face-to-face with the immediate press for ways to order the world.

Lined up at the front of the coach-class passengers, I found myself staring at Laurent Fabius, the French foreign minister, who was queuing opposite on the Business Class side of the gangway.

He was, literally, on whirlwind trip (so I was told by an unimpeachable source later) that was taking him to South Africa, Brazil and India in as many days.

The same informant said that Fabius’s business in these places was the United National Climate Change Conference in Paris.

This may certainly be so, but it seems unlikely that on visits to the three “emerging powers” who are grouped together in the IBSA (India, Brazil, South Africa) alliance, he would say nothing about the recent events in Paris.

Especially because his President is intent on building a global alliance against Daesh. This is the Wahhabi/Salafi militant group which has declared a caliphate in parts of Iraq and Syria. It claimed responsibility for the 124 deaths on the streets of the French capital.

Unsurprisingly, the events in the Middle East, or West Asia as many prefer to call it, engaged the attention of the conference far more than how world order was secured by Smuts and others at the San Francisco meeting that sealed the United Nations in 1945.

“States and Gangs” is how an informative and well-informed opening paper at the conference labelled the current international position. The search for international order is difficult – some say impossible – because dealing with gangs instead of sovereign states is eroding everyday diplomacy, especially multilateral form.

This claim set the deliberations off on an analysis of “liberal internationalism” – the idea that reasonable, if not quite rational, understandings between states were possible by accepting the rules of the road. These were set down by the UN system 70 years ago, and have been enforced by a number of peacekeeping missions in the past twenty-odd years.

However, and this was the cause of the current tension, the understanding that the US was the benign first among liberal equals – a unipolar power that enforced the rules – had been destroyed by the Bush and Blair wars.

The lesson of these was that war is easy to begin but devilishly difficult, often impossible, to end. On top of that the capriciousness, not to mention ruthlessness, of Daesh is part of the same Bush/Blair legacy.

Small wonder that it seems impossible for states to deliver security to their own, let alone others.

As I feared, this opened the conceptual door for the hard-noses and jingoists in the room. Called “realists” in the vocabulary of international relations, they soon dragged the talk to an old and dangerous precipice – might is always (and forever) right.

The result was talk, not of “states and gangs” but, rather, “states as gangs” – an exchange which predictably, perhaps, morphed into the old Cold War script of the “West versus the Rest”. As ever, claims on both sides of this particular divide were intellectually lazy – all too often bordering on the simple exchange of slogans.

This bellicosity moved up a notch or two on the second day after the news that Turkey had downed a Russian plane that, purportedly, was over Turkish airspace.

The acrid tone of a paper in the morning presentation left me decidedly gloomy and I stepped out to take a short walk. My mood only lifted when I saw teens at play.

Before leaving the hall, however, I heard a well timed, well argued, intervention by a Brazilian theorist that opened the way for a consideration of longer term issues. These included why the self-style liberal order or realism held out little hope for the majority of humankind.

His thoughts subsequently provided a comfortable segue to a panel on the theme – “(International) Norms, values, principles: how shared are they?”

Can these be “shared” in a wholly uneven world in which wealth gaps are so wide, when racial profiling is all too often often the basis for decisions of war and peace and in which life’s real chances are denied to the majority – as, indeed, is their voice – on these matters?

So, are we facing the scourge of war or, to put it as a nephew who is teaching in Egypt asked me when I told him why I was in Brazil: “What did they say about the Third World War?”

There certainly is war-talk and, unhappily, it is way beyond the two-finger gestures often used by play-ground gangs.

Avoiding it will not be easy, but as Smuts’s old chum Winston Churchill, who knew a thing or two about war, is said to have put it: to Jaw, Jaw is better than War, War. 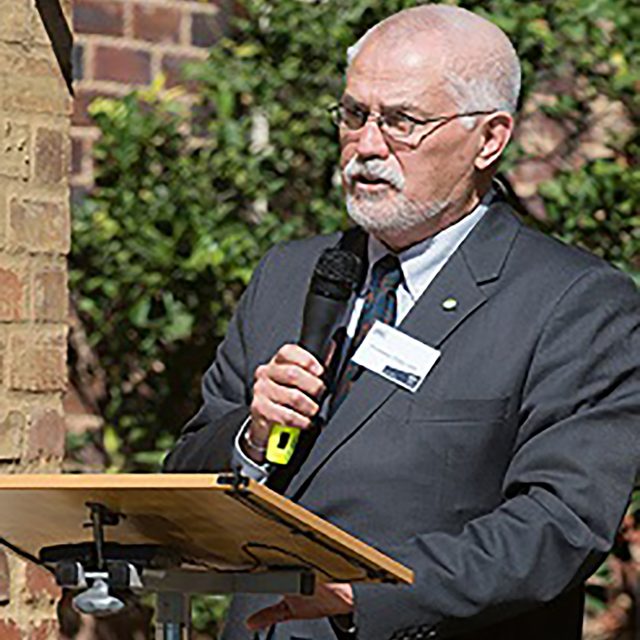