​In recent years, the UN Human Rights Council has approved the ‘Respect, Protect, and Remedy’ Framework and endorsed the Guiding Principles on Business and Human Rights. These developments have been welcomed widely, but do they adequately address the challenges concerning the human rights obligations of business?

David Bilchitz, is a professor at the University of Johannesburg (UJ), on fundamental rights and constitutional law, and is also director of the South African Institute for Advanced Constitutional Public, Human Rights and International Law. He has been one of the leading advocates of a treaty on business and human rights which is currently being debated by an inter-governmental working group in Geneva, of which the South African government is an important player. At the end of 2013, a book was released which he co-edited with Professor Surya Deva of the City University of Hong Kong, called Human Rights Obligations of Business: Beyond the Corporate Responsibility to Respect? The book provided the first critical examination of the United Nations Guiding Principles and began the consideration of how to address the governance gaps that exist at an international level and allow for corporate impunity.

One feature of an improved international governance system governing business and human rights would be the development and acceptance of a binding treaty on the subject matter. Prof Bilchitz stated that ‘the idea of a treaty for business and human rights has left the confines of the academia and is now part of the global conversation wherever the issue of corporate accountability is being raised.”

He points out that many human rights advocates, activists and civil society organisations believe that a comprehensive treaty is the most effective step forward. Together with Prof Deva and the International Commission of Jurists, he organised a workshop in Geneva in November 2015 with leading thinkers from around the world who outlined their views about the nature, scope and content of such a treaty.

Click here to listen to his interview during the UN Forum in Geneva, in November 2015 as to why such a treaty is a good idea. 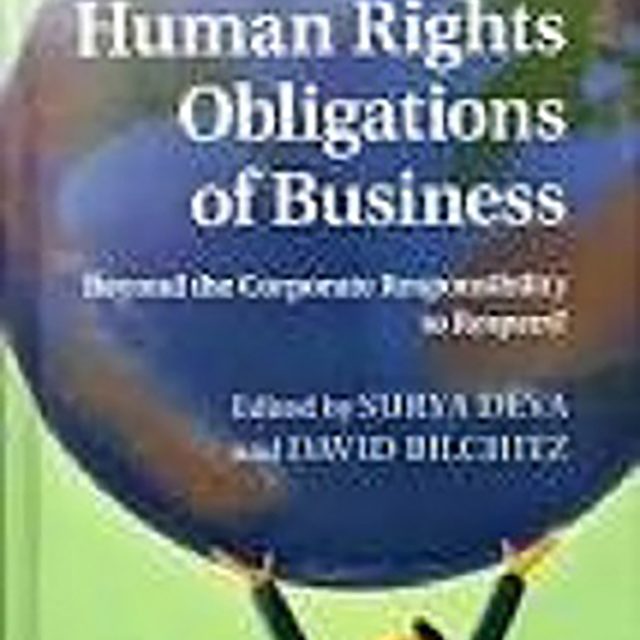