Dr Mcebisi Ndletyana is an Associate Professor of Political Science at the University of Johannesburg (UJ). His research interests include the history of African Intellectualism, memory and identity, nationalism and electoral politics. He penned an opinion editorial Scene set ugly succession fight, published in The Sunday Independent, 10 January 2016.

Ramaphosa will have to take the gloves off if he is to avoid handing the presidency over to a proxy expected to save Zuma’s skin, writes Mcebisi Ndletyana.

Brace yourself for more turbulence this year. Some stalemates will be settled and our political map is likely to change dramatically. All these will congeal to bring the matter of succession into sharp relief.

The issues at stake will make this succession battle uglier than the previous one, manifesting in an even greater degree of tension not only in the ruling party itself, but between the party in government and society in general.

Controversy is not unusual in politics. The unique circumstances of this year, however, mean that its storms will be pretty explosive. What sharpens the edge is that succession will determine the fate of a patrimonial presidency, which was conceived on highly dubious moral grounds.

It is now even more apparent that Jacob Zuma is a burden not only to the party he leads, but to the country. His irresponsible dismissal of Nhlanhla Nene as finance minister was more persuasive of the danger he poses to the republic than his many previous scandals combined. This is not the end of it, however.

More events this year will remind the one-time doubters about the misfit that Zuma is for the country’s presidency.

It’s difficult to foresee the Constitutional Court agreeing that decisions by the public protector are not binding. What would be the point of creating a constitutional watchdog, then denying it the authority to enforce compliance with the constitution? That’s absurd.

This is the kind of nonsense with which the court has shown itself to be impatient.

When that decision comes, reaffirming common sense, it will be more damaging to the party, for it will further expose the foolishness of the president in having refused, for more than three years, to comply with the constitution.

The damage will not come from the verdict in itself, but from the rationale, choice of words and the general tone of the judgment. These justices are quite expressive, and they don’t suffer fools easily.

While still reeling from a damaging court ruling, the party in government will have to contend with yet another set of sordid details about its president’s evading the law. These will emerge in the case against the National Prosecuting Authority’s decision to withdraw corruption charges against Zuma.

Allegations of abuse of the intelligence services will be repeated and the public will be reminded how Schabir Shaik financed the president’s lifestyle. No party or supporters want their president to be spoken about in this way in public.

The discomfort induced by a scandalous president is worse in an election year. That the elections are local should provide some relief. The relevance of the Nkandla wastage to local government elections is not readily evident.

As president of the ANC, Zuma will nonetheless feature prominently in his party’s campaign. He’ll be a frequent visitor, especially to the Nelson Mandela Bay Metro, to shore up Danny Jordan’s (likely) candidature as mayor and to whip up the fractured party behind him.

While his problems will not feature much in the contest for control of the ANC’s historical stronghold, Zuma’s mere presence will remind everyone in the metro of everything wrong with the ANC.

His presidency started the ANC’s electoral decline in that part of the country. He found its popularity at 69 percent and has driven it down to 49 percent. Zuma is going to be a source of harm rather than a boost to the ANC’s campaign in the region and in the other three closely contested metros – Tshwane, Ekurhuleni and Joburg.

That’s why the Gauteng leadership didn’t want him campaigning in their province in 2014.

Election results will inevitably reflect less support for the ANC. Those who may be tempted to pre-empt this outcome by tampering with the processes of the Independent Electoral Commission will not succeed. The commission will be more efficient than ever, especially because it will know all eyes are on it. In the absence of any other excuse, the ANC’s post-election analysis will point at the party’s president as one of the major causes of the decline in support.

Zuma’s culpability will be exaggerated by the panic that will set in. Panic will have come from realising that the trend of electoral decline – the fourth successive electoral drop – looks irreversible. Although national elections will be more than two years away, the threat of losing political power will be imminent. The threat will become real due to electoral gains made by the DA, EFF and United Front. Individually they don’t pose a threat, but the ANC will see their combined support as imperilling its majority nationally and in some provinces in 2019.

Zuma’s detractors will therefore be determined to rid the party of him. Because they don’t have the numbers to fire him immediately, they will redouble their efforts to ensure his successor is not connected to Zuma. They will be adamant that the association with Zuma is toxic for the ANC.

This is what is complicating the contest for his former wife, Nkosazana Dlamini-Zuma. Although she is no longer married to him, that her campaign is being run by Zuma’s network makes her his proxy. Zuma needs a proxy because of the fear that his legal problems may follow him into retirement.

The surrogate president would have to keep him out of jail. That would mean the surrogate would have to employ the same machinations as Zuma, the handler – making the former no better than the latter. There’s no way that Zuma’s detractors would allow this scenario.

This makes for a fierce and dirty succession battle. For his ex-wife to succeed him, Zuma is likely to undermine her competitor, Cyril Ramaphosa, who happens to be his deputy. Such efforts are afoot. In August, officials hired a jet owned by the Gupta family for Ramaphosa without his knowing its origins. This was a set-up to sully his name by associating it with the notorious Guptas.

Ramaphosa quickly declared his innocence and assured the public that he used his own aircraft for trips in South Africa. The message was that, unlike his boss, he didn’t feed off state resources. There have been similar attempts to undercut his stature in Parliament, and more will follow.

The patronage network that this presidency has built increases the potential for a sleazy succession contest. Some beneficiaries are under investigation, while others have evaded the police because of their proximity to the president.

A change of regime will be bad for Zuma’s associates, and they’re determined to avert this. Because they’re desperate, these people don’t care about earning applause for waging a clean fight. A nice-guy image won’t save Ramaphosa from any of the venom coming his way.​

Ramaphosa will have to take off his gloves. As it is he has an unflattering reputation for being too soft. That’s not the perception you want people to have if you wish to become president. Zuma’s opponents are looking for a leader that will take the fight to Zuma.

This year will decide the succession. If Ramaphosa doesn’t dissociate himself from Zuma, he’ll hand the presidency to Dlamini-Zuma.

* The views expressed in the article is that of the author/s and does not necessary reflect that of the University of Johannesburg. 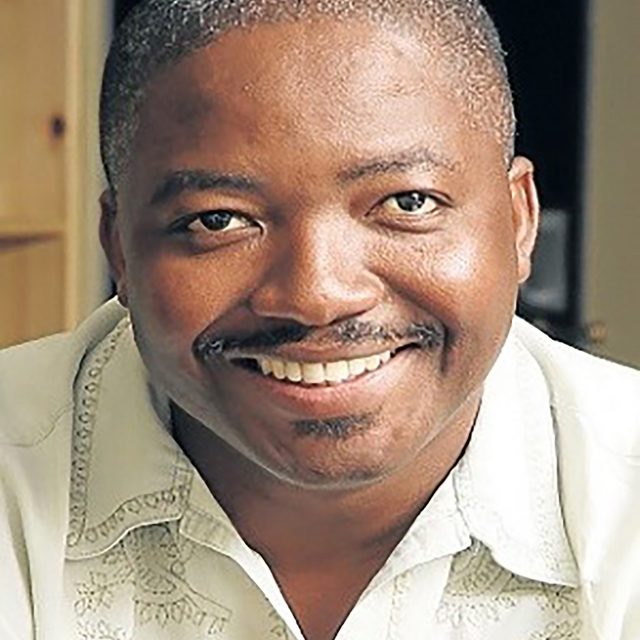