Chinese and African leaders marked the 15th anniversary (2000-2015) of the Forum on China-Africa Co-operation (Focac) in Johannesburg last year under a fast changing global order with huge implications for all parties, writes David Monyae.

Dr David Monyae is the Co-Director of the Confucius Institute (CI) at the University of Johannesburg (UJ). He penned an opinion editorial China-Africa: mutual benefits for unequal partners published in the Cape Times, 30 November 2015.

The Peoples’ Republic of China (PRC) has tremendously transformed as a country since the Bandung Conference held in Indonesia in 1955. The ANC, according to Brian Bunting, was represented by Moses Kotane and Maulvi Cachalia, who observed the proceedings of the conference.

An underdeveloped China, plus Asian and African countries (with the bulk of them still under the yoke of colonialism and apartheid), called for economic co-operation, cultural co-operation, self-determination and the promotion of world peace.

It was critical for China to seek solidarity with countries from the Global South for its own economic development and survival in a global order defined by the Cold War. At the time, China was in its sixth year since the establishment of the PRC on October 1, 1949.

The current prestigious position Beijing occupies as a permanent member of the United Nations Security Council (UNSC) was only possible due to the overwhelming support it received from the Global South, particularly African countries in the United Nations General Assembly in 1971. In demonstrating its appreciation for the political backing received from Africa, China supports the position of the continent within the institutions of global governance such as UNSC.

In the contemporary world order, the Chinese position has fundamentally transformed. It has become the world’s second-biggest economy while Africa’s position remains largely peripheral.

As in the early decades of its establishment, China still needs Africa. It is pursuing a multi-pronged strategy to garner a larger share of global power befitting its global ambitions. Africa on the other hand, is still battling to have fair share of global power through representation in the global institutions of political and economic arenas such as the UNSC, the World Bank and the IMF.

However, China is undergoing a sharp economic slowdown. China is also confronted by the rising tensions in the South East China Seas triggered by territorial disputes with Japan, the Philippines, Vietnam and others in the region. The pivot by the US to the region, perceived in Beijing as a move to constrain China’s peaceful rise, has exacerbated the situation to a high point of a potential conflict.

In response to these obstacles, Beijing has pioneered two major initiatives, namely Asia Infrastructure Investment Bank (AIIB) and the New Development Bank (NDB) or Brics Bank. These have helped China roll out the famous One Belt, One Road and the 21st Century Maritime Silk Road spreading its economic activities far and wide in the regions of the world, including East Africa’s city of Mombasa.

China needs a large share of Africa’s infrastructure projects for most of its State Owned Enterprises that are steadily spreading their reach globally.

Although China appears to be rewriting the rules of the game, written and dominated by western countries, by leading in the establishment of the AIIB and the NDB, it still needs to play a larger role within the transformed IMF and World Bank. When the Focac took place in Johannesburg, the city is joined other global cities as a main hub for the Chinese currency yuan or renminbi. The IMF has recommended that China’s renminbi be part of the IMF’s Special Drawing Rights as the fifth currency.

In all of the above, China requires Africa’s rising middle class as a market for its improving finished goods. In recent years, Chinese universities have gained more ground in the world rankings and have attracted more African students. Although Africa’s rise is irreversible, its economies continue to haemorrhage due to the global economic crisis, the decline of the global commodity boom, the impact of the Ebola epidemic mainly in West Africa, and periodic destabilisation caused by terrorist organisations such as ISIS in Libya, Boko Haram in West Africa and Al-Shabaab in East Africa.

The African Union’s (AU) Agenda 2063 forms the basis on which Africa negotiates with China and other strategic partners. AU Chairperson Nkosazana Dlamini-Zuma envisions a continent with ‘high-speed railways, a common language, diplomatic clout, cutting-edge fashion and leadership in space exploration: this is the vision of a transformed Africa’.

The call made by President Xi Jinping in his September speech at the United Nations General Assembly for global co-operation and partnership signifies a major shift in China’s role within multilateral structures. This speech signalled a positive move demonstrating a willingness by Beijing to increase its support for the countries in the Global South particularly to achieve the newly adopted set of Sustainable Development Goals.

China has also become the largest contributor of peacekeepers among the five permanent members in the UNSC. China also played a significant role in combating the Ebola epidemic in West Africa.

African leaders should and must present a common position during the Focac. The relationship between China and Africa has matured enough to allow frank assessments of gains and losses by Africans in their engagements with their Chinese counterparts. While China enjoys Africa’s support within multilateral structures, it ought to support the AU’s call for the transformation of the UNSC, the IMF and the World.

Through Focac, African leaders and their Chinese counterparts can take their relations to new highs through frank discussions.

What is undeniable is the fact that both China and Africa need a peaceful global order to achieve their respectful developmental goals and dreams. Therefore negotiating for a peaceful world, as was the case at Bandung in 1955, should drive Focac. China must use its economic muscle, while Africa must use its resources and voice to transform the global order. 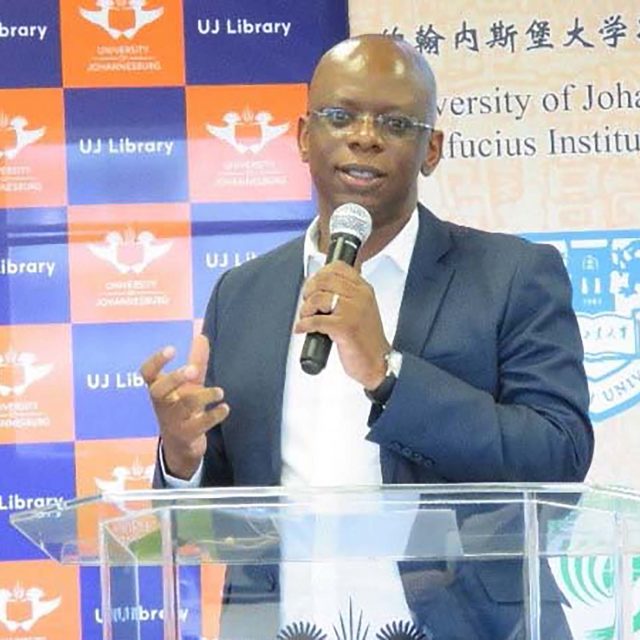