Did you know that opening a savings account for your child at birth can save you money and take away some of the financial pressures that come when the child matures? Well, opening accounts for all people is as important as getting clean water to every household. This was Prof Michael Sherraden’s view at the Youth Asset symposium at the University of Johannesburg (UJ) on Thursday, 26 September 2013.​

Prof Sherraden, who was listed in Time Magazine’s 100 most influential people in the world in 2010, said that a child savings account presented long-term financial and social benefits. According to Prof Sherraden, the savings account helps people save money for their children to study further after matriculating and helps them with start-up capital if they wished to become entrepreneurs in the future.

“As the world becomes more financialised, people are also forced to be financialised and that puts pressure on them. Societies have to learn how to improve access for everyone, particularly in a time where global labour markets lower wages and worsen unemployment,” said Prof Sherraden.

Prof Sherraden said that humans in general, whether they are poor or rich, are not good at managing their finances and this was across all societies in the world. He also said that the gap between the poor and rich continues to grow. Prof Sherraden initiated the Individual Development Accounts (IDAs) in the 1980s in the US, an initiative that saw many families set up accounts for their children and the government matching or incentivising saving. Prof Sherraden believes that South Africa could do the same. Speaking about youth in particular, he advised that IDAs for young people could help them to transition to adulthood more effectively.

Despite the negative comments about unemployed youth in the country, Lauren Graham, Senior Reseacher at the UJ Centre for Social Development in Africa (CSDA), believes that youth want to find work and are not waiting around for hand-outs. “Young people are competing for jobs with the general adult unemployed population that is more experienced. Many young people are leaving school ill-prepared for the labour market. A matric certificate is not enough to get a young person a job. Although there are negative comments about young unemployed people, the youth is hopeful, they want to work but they don’t know how to get there,” said Graham. She called for integrated strategies that could help young people create pathways to employment and self-employment.

The CSDA organised the symposium, which saw participants from various non-governmental, state, private sector, and international organisations coming together to discuss strategies that could address youth unemployment.​ 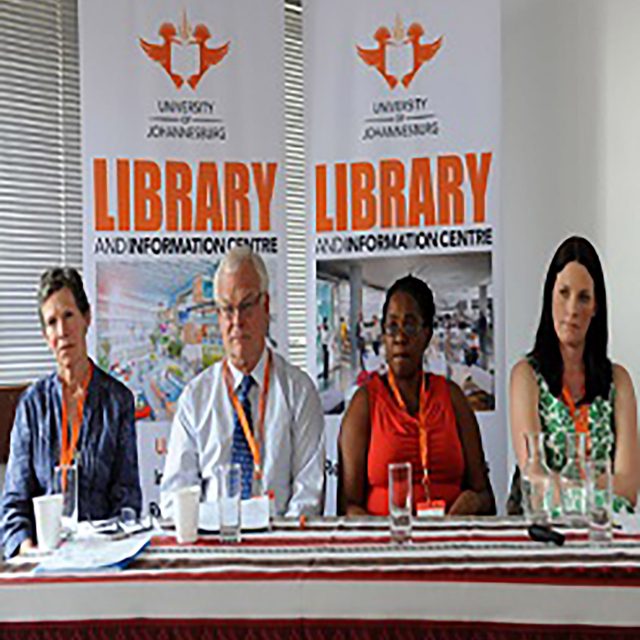