​Students at UJ access the latest technology, can train their sport to world-class standards and know that the University is continuously enhancing safety and security at its campuses and residences.​​​

Student​s learning at UJ experience the latest technology. First year students are equipped with tablets. E-books are rapidly replacing printed books in the libraries. Students can access 24-hour study areas in the libraries which are open after the lending areas close at 10pm.

However, all is not technology. An incredible menu of sport, arts and culture options at UJ invite students to life beyond study alone.

At UJ students compete in world-class sport. UJ student Khotso Mokoena took a gold medal at the 2014 Commonwealth Games in the triple jump. UJ students took five of the athletics medals at the Games. SeveralUJ Men’s Rugby players were selected for the Junior Springboks to play at the IRB Junior World Championship in New Zealand in June. And earlier this year, the UJ 7’s rugby team won an international university tournament, the Centrale 7, in France.

In 2013 former UJ student Chris Froome won the Tour de France, the most prestigious race in road cycling. In 2012 Samkelo Radebe won a gold medal at the London 2012 Paralympics Games. That year UJ fielded 19 athletes at the Olympics and 12 at the Paralympics.

The place to study

While UJ strives for global excellence, the University devotes incredible attention to the needs of students at national and city level – introducing world-class facilities and securing a safe environment for teaching, learning and research.

In this regard the University has been implementing a series of measures designed for zero tolerance of crime on its campuses and the surrounding areas.

If students commit criminal acts or violate the Student Regulations by cheating, abusing drugs or engaging in acts of harassment, there are two options: facing the South African Police Services or the UJ Student Ethics and Judicial Services Unit.

The student suspected of kinapping a fellow student in a car robbery incident last year is an example of what happens to those who engage in crime at UJ. That student was immediately suspended, subjected to disciolinary hearings, subsequently expelled and the matter was handed over to the SAPS. A month ago that student was sentenced to 15 year’s imprisonment for armed robbery and five years for kidnapping, to be served concurrently.

The number of reaction vehicles has been increased and access control has been tightened on all campuses.

The University takes extremely seriously its duty to protect its students, staff and visitors from harm. However UJ students are not exempt from the law.

If a student breaks the law, a Protection Services officer will notify the control room, which will dispatch a reaction vehicle to arrest the student. An investigative officer from UJ Protection Services will then take charge of the case and either hand the student over to the SAPS or to the UJ Student Ethics and Judicial Services Unit.

The UJ Protection Services Division collaborates with the SAPS and the Community Policing Forums (CPFs) for the neighbourhoods surrounding each campus, as well the CPF in Lenasia. On a monthly basis the UJ security manager and investigating officers of each campus attend CPF meetings. During the meetings UJ protection Services shares incident and arrests reports and statistics with SAPS and the CPFs and requests assistance in improving management of incident hotspots.

UJ Protection Services is in the process of establishing a central security control room for all campuses and official residences. When operational, the control room will enable reaction vehicles and other security officers to respond even faster to incidents.

A large number of students need to walk from their campuses to off-campus residences. The University is establishing patrolled, CCTV-monitored ‘safe corridors’ to improve student safety in this regard.

For large events and annual registration, UJ Protection Services creates security risk assessments and plans in advance in collaboration with the Joint Operations Centre (JOC) of the City of Johannesburg and other stakeholders such as UJ Occupational Health as required.

Report violations of the UJ Student Regulations to the Student Ethics and Judicial Services Unit.​​ 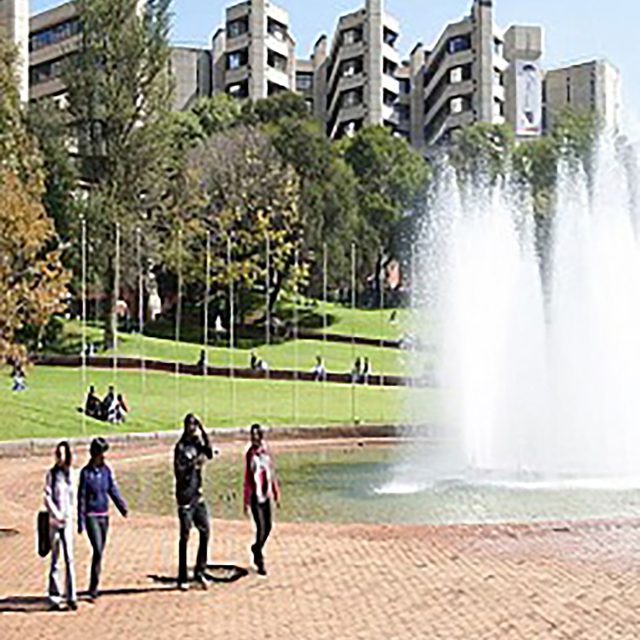