In a thrilling 5-1 win over bottom of the log placed Golden Ladies, the University of Johannesburg’s (UJ) women’s team clinched its first home match win at the UJ Soweto Stadium in Johannesburg. UJ showed total dominance in the match, with Kabelo Mokoena opening the score in the first minute.

Captain Refiloe Maseko and Keolebogile Putu slotted in two more goals in less than 10 minutes into the first half of the match to make it 3-0.

“I am very happy that we were able to win the match with such a big score. Though I felt that we did not play to our regular standard, I’m happy that the girls scored enough goals and took the three points,” says ecstatic Coach Anna Monate, Head Coach: UJ women’s football team.

UJ goalkeeper, Elizabeth Mazivise, made several outstanding saves in the second half to ward off the Golden Ladies’ chances to score. The Golden Ladies’ attempt at goal was successful in the 56th minute due to a miscommunication by UJ defenders.

UJ scored four goals which were ruled offside by the referee. However, this did not deter the Orange Army; Amanda Mthandi and Maseko scored two more goals. Maseko registered a brace.

“We scored in both halves of the game, so that means the team is balanced. I am happy with the girls, but there is still a lot of work to do, from the goalkeeper to the strikers. The mental aspect in a game is important in any game, whether we win or lose. I saw the girls starting to undermine the opponents after scoring the third goal.

“You cannot do that – we need to be more professional with each game. We have to play well to gauge our performances so that we can identify the stuff we must improvein training and in the next matches. This will make competing with tougher opposition a lost easier in the upcoming games,” adds Coach Monate.

Coach Monate also lamented the poor officiating that she says her team fell victim since the start of the season.

UJ is currently in position 5th on the log after seven matches played. They have registered 4 wins, 1 draw and 2 loses (with 13 points). In the next fixture, UJ takes on Durban Ladies Football Club on 1 June 2022 at Sugar Ray Xulu Stadium in Durban. Kick-off is at 1pm. 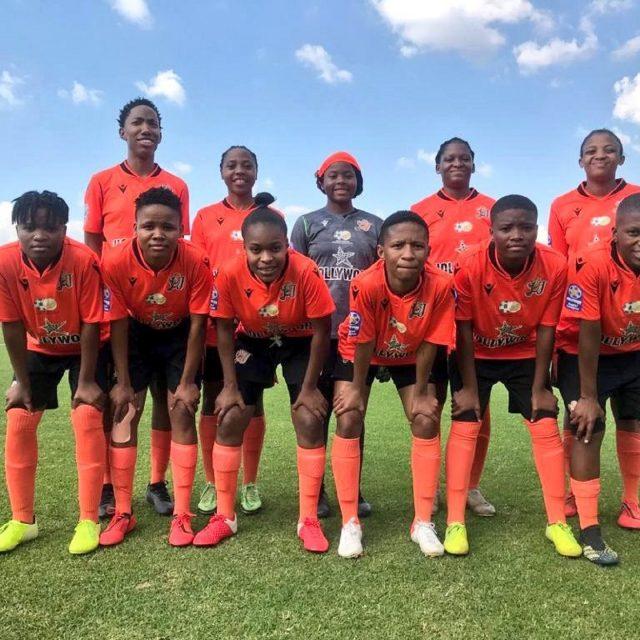