The University of Johannesburg women’s team overcame a lacklustre early season to claim the inaugural championship title in the Varsity Football series in Pretoria on Monday night.​​

UJ put in a commanding performance to claim a 6-0 victory over tournament favourites Tshwane University of Technology.

According to UJ football manager Joel Kgokong, the home team had underestimated his side, which has won the Gauteng student league for the past five seasons.

“Our game plan was to control the midfield, eliminate the wingers and play two strikers in the middle, who could easily penetrate the flat four defenders,” said Kgokong.​​​

The plan worked, as eventual player of the match Disebo Mametja opened the scoring from a long ball. She outran the defenders and dribbled past the goalkeeper to place the ball in the net with ease.

Dlamini and Matabologa headed in a goal apiece from two corner kicks, while seasoned national striker Noko Matlou scored a brace to take the tally to 5-0 at halftime.

After the break, Mametja repeated her opening goal manoeuvre in the final minutes of the game to make it an unbeatable 6-0.

Kgokong attributed the team’s success this season to new management and coaching strategies aimed at improving the standard of women’s football in accordance with UJ’s Performance Excellence programme.

“Management have realised the importance of having a coach who understands women’s football.”

Coach Isaac Mokoena, who moved from the Soweto campus, and assistant coach Leah Masango had made a formidable team, said Kgokong.

“Coach Mokoena has instilled values that have brought together a focused and determined team with an aim to succeed.

“Our forwards have the confidence to take on defenders and beat them with pace, as was evident on Monday night when Disebo took on the TUT defenders.

“We also have creative midfielders in the middle of the park that make it possible for our wings and strikers to score. Most of our goals come from corners and set pieces.”

Maredi said trust was a core team value and every player on the field had faith in the other to perform and execute their relevant attacking or defending duties to the best of their ability.

UJ overcame a sluggish UP-Tuks side 2-0, while TUT trounced the University of the Limpopo 4-0 in their march to the finals.​ 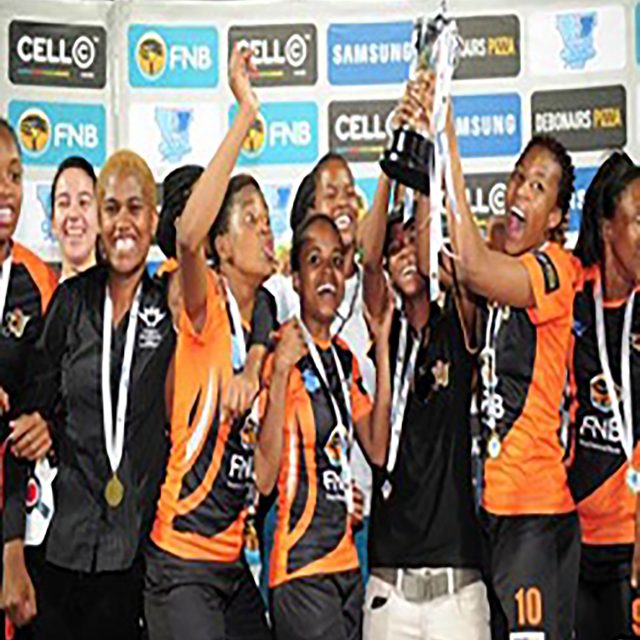