UJ went guns blazing into the final of this year’s tournament, scoring four stunning goals against the University of Free State (UFS).

This is the University’s first FNB Varsity Football tournament title after losing in two finals in 2014 and 2016.

“This was a great win for us. We are super excited that we have lifted this trophy; we have been yearning for it in such a long time. Despite playing well in the past campaigns, UJ was unlucky because they lost the finals with marginal scores. This one is for the entire UJ community of staff, students, and alumni as well as the surrounding communities,” says Karabo Mogudi, Head Coach: UJ Men’s Senior Football Team.

Nkosinathi Sibiya opened the score for UJ. Tristan Nikitaridis, UJ’s tall striker, added a second goal for the Johannesburg side with a stunning shot from the left foot and star midfielder, Thulani Zandamela, sealing the lead with possibly a goal of the tournament contender from outside the box.

UJ scored three goals before the half time break. Right at the end of the match before the referee’s final whistle, striker Pogiso Mobote found the back of the net with a tap in inside the box to hand UJ a 4-1 win after UFS tried a comeback with a single goal in the second half.

The Orange Army, UJ, were the tournament log leaders from the first of the seven matches in bio-bubbles 1 and 2. They only lost once against Tshwane University of Technology (TUT) in round 6.

The title win for the UJ men’s side comes a few days after the women’s team lost 2-1 in the semi-final match of the same tournament (women’s edition) against University of Pretoria (UP Tuks).

Zandamela walked away with a Player of the Match cheque and a trophy. 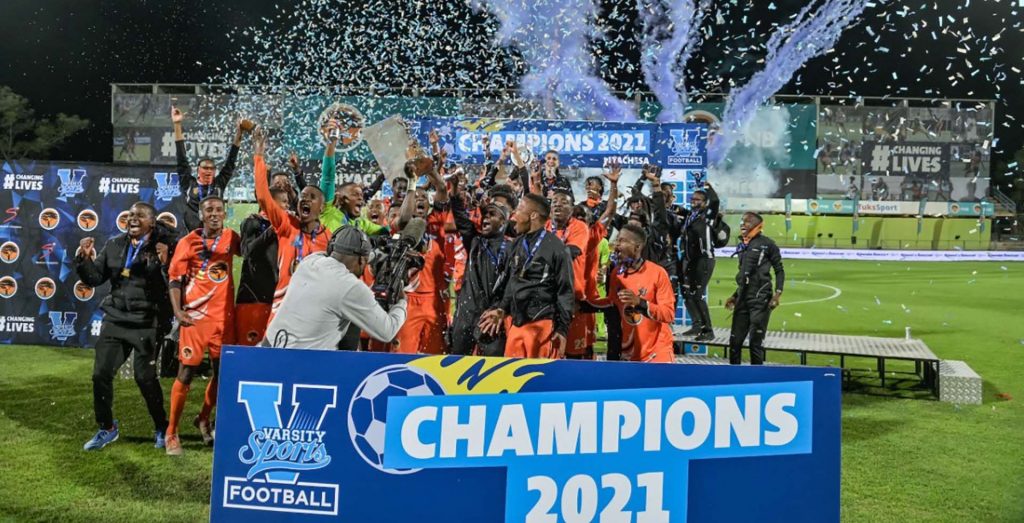 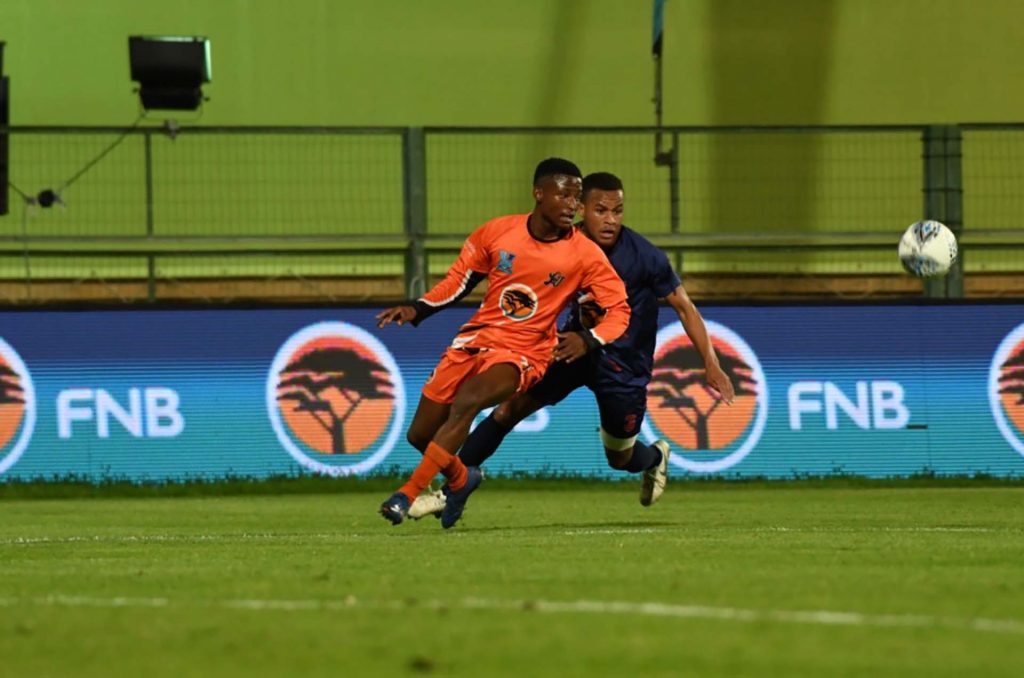 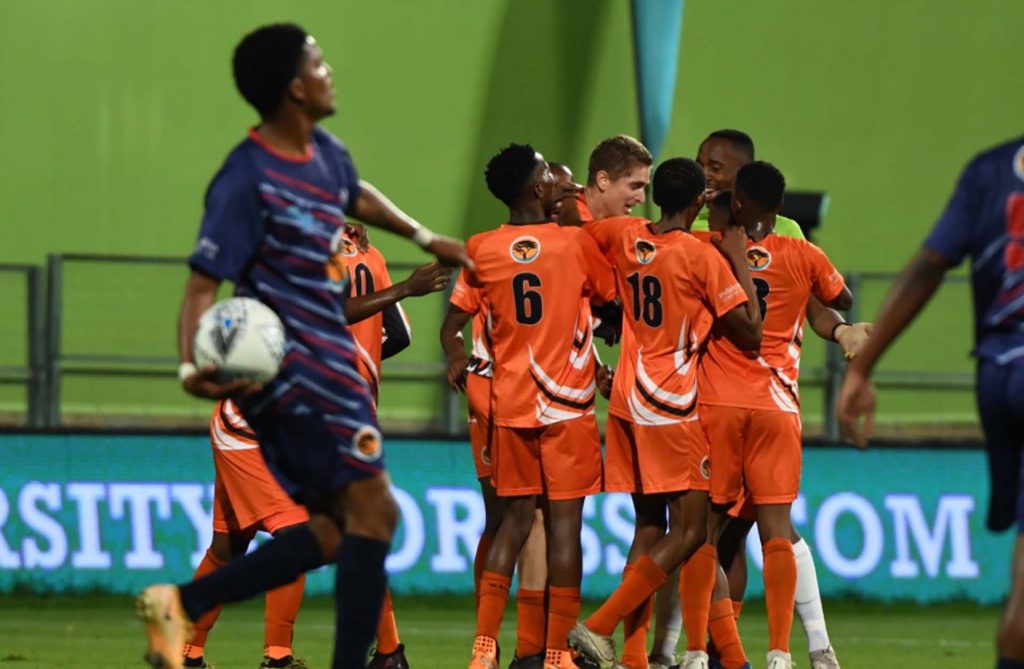 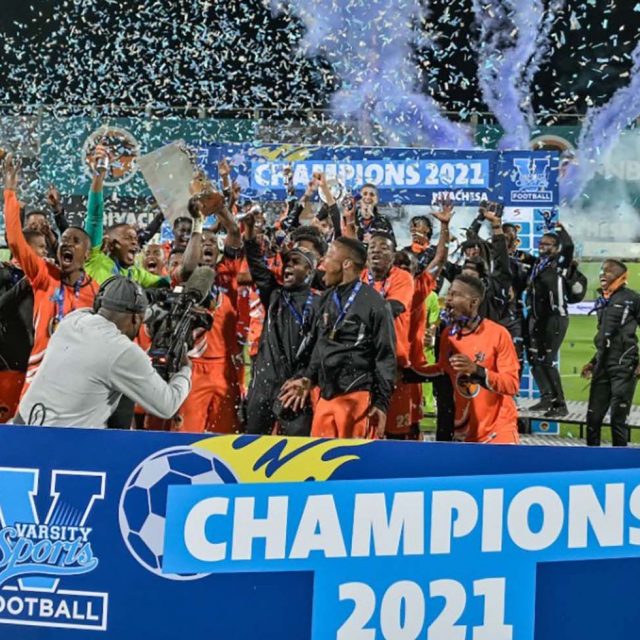