Describing the University of Johannesburg (UJ) as an international university of choice anchored in Africa, which is determined to shape the future, the University’s Vice-Chancellor and Principal, Prof Ihron Rensburg stressed that he strongly believes in a globalised higher education landscape.

Speaking at the 2015 Hamburg Transnational University Leaders Council in Hamburg, Germany, Prof Rensburg sketched Africa’s rise in the 21st century. Points of his talks focused on Africa’s dramatic population growth; its massive urbanisation and the consequences for the world and universities. Prof Rensburg was the only invited Vice-Chancellor from South Africa that participated in the event.

The inaugural Transnational University Leaders’ Council, co-organised by the German Rectors’ Conference, University of Hamburg and the Körber Foundation, saw around 50 Vice-Chancellors, Rectors and Presidents of universities and academic associations from Europe, Asia, Africa and America deliberating on issues affecting the global university system.

Conversations on pragmatic ways forward so that university leaders and policy makers can strengthen university autonomy and academic freedom took centre stage as they explored more effective and influential learning and teaching, research and public scholarship.

“This gathering provided an opportunity to define positions,” explained Prof Dr Horst Hippler, president of the German Rectors’ Conference. “Universities are under considerable economic pressure. Frequently they are the playthings of political developments. At the same time, if we want our societies to be innovative and mobile, we need universities to be creative and independent.”

Being an institution that prides itself in its accessible excellence, UJ is fast establishing itself as an institution of global excellence and world-class stature. To this end, Prof Rensburg also highlighted the University’s actions to establish itself as an international university with the vision to become the Pan-African epicentre of critical and intellectual inquiry. He engaged university leaders to formulate collective values which could serve as guidelines for further development in the global higher education sector.

“International understanding requires dialogue formats and hosts – this not only applies in foreign and economic policy. We are delighted that university presidents from all continents have accepted our invitation to reflect on shared values here in Hamburg,” says Dr Lothar Dittmer, member of the Executive Board of the Körber Foundation. “Ideally, we will succeed in strengthening the voice of reason which is collectively present in the universities worldwide in a time marked by numerous international conflicts.” 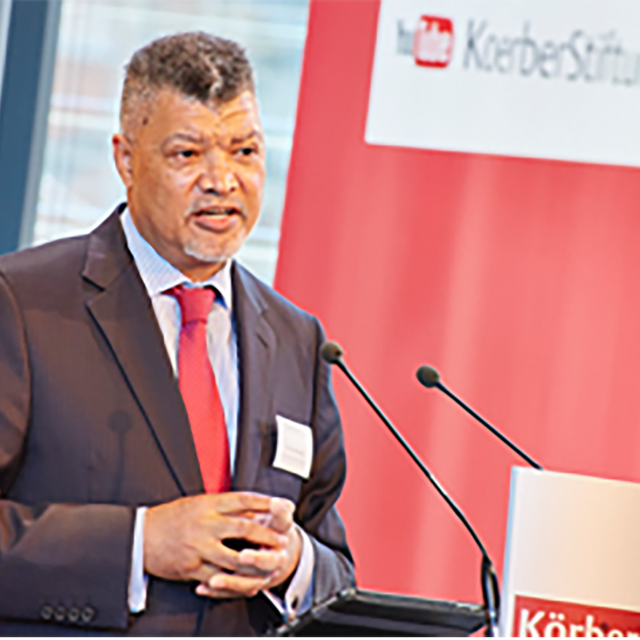