“It is self-evident that human society and our planet are in deep peril. The risks we face as this planet will be elevated immensely as Africa’s population rises. It is inevitable that universities step in, especially the consortium of universities part are part of Universitas 21,” said Prof Ihron Rensburg, Vice-Chancellor and Principal of the University of Johannesburg (UJ).

Speaking at the Universitas 21 Manager’s Meeting, Prof Rensburg pointed out the immense opportunity and possibility for higher education to be able to influence society due to its nature and look forward to the wisdom that would unwrap as the U21 meeting delegation continue to find ways to work together across institutions as a global collective. “Efforts that our leaders in government and society are putting in may fall short in what is required for our country, our continent,” he said.

The three day Universitas 21 Manager’s Meeting exploring pertinent issues which not only apply to universities within the network but are similar issues that universities around the world are grappling with, is being held at UJ from the 14th to 16th October 2015.

In reflection, as UJ celebrates its 10th year anniversary, the first decade’s effort was much about getting the mechanics of the merger of the three legacy institutions in place – constructing and nurturing an African University that must provide accessible excellence.

The network’s purpose is to facilitate collaboration and cooperation between the member universities and to create opportunities for them on a scale that none of them would be able to achieve operating independently or through traditional bilateral alliances. From its origin in 1997, Universitas 21 has now grown to a vibrant community of research intensive universities which collaborate in areas of common interest. The University of Johannesburg, having been represented at the meeting of the Research Collaborative Group of the Network for the first time on 28 and 29 May 2015, is looking forward to becoming a key player in the network not only for the benefit of the institution but also for the country and the African continent. Some research collaboration initiatives between UJ and other member institutions are on the pipeline. 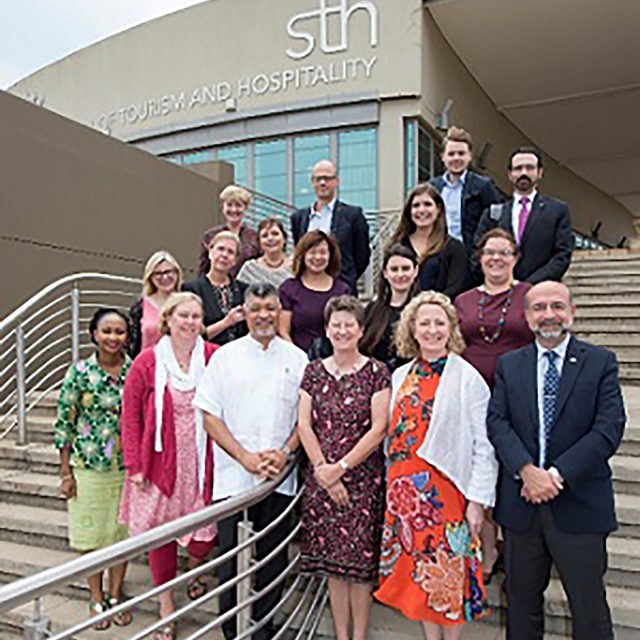