​​Despite the time constraints and travelling distances to and from lectures at the University of Johannesburg (UJ), Nompumelelo Khambule and twin sister Nonkululeko never lost the drive to push forward toward their dreams. The 23-year-old graduates from Dobsonville, Soweto, received their National Diplomas in Electronic Engineering Technology in March and are now blazing trails in the telecommunications industry.

​While they are now a success story in the competitive industry, life was filled with challenges from the onset – with no guarantee that they would be able to study further after high school. The Khambule twins lost their father when they were just toddlers, and later their mother passed away when they were 16-years-old – the devastating loss that left the responsibility of their upbringing to their aunts.​

Now employed as a transmission planner in the transmission department at Vodacom, Nompumelelo is also studying towards completing a B-Tech in Electronics at UJ. Nompumelelo’s love for electronics was the reason she entered a career that is often considered to be male-dominated. The young Sowetan says her empathetic character sparked interest in her decision to study Electronic Engineering Technology because she hopes to improve the lives of those who continue to struggle with even the most basic electronic needs.

“Most technologies work on electronics. Electronics help make people’s lives easier and more convenient. For instance, instead of having to go to the bank to make transfers, one can easily do banking on their mobile phone and laptop at home using an internet banking facility,” says Nompumelelo.

Even though her dreams were already set and mind made up, Nompumelelo did not have it easy during her academic journey at UJ. “There were challenges. I was living at home while studying, and it became problematic. Because I was travelling to and from Soweto, and at times during winter, I had to leave early immediately after class because it was getting dark quickly and I so couldn’t consult lecturers afterwards. Then I would be too tired to study when I arrived home because of the long time spent travelling from campus,” Nompumelelo explains.

Although her family was not in favour of her decision to venture into the engineering field as they felt it was male dominated, they later realised she was determined to succeed as an engineer. “They were scared of how slim my chances of success would be but they eventually liked the idea,” she says.

On the other hand, Nonkululeko says the twins’ dedication, hard work and commitment were the keys to their success at the UJ. “When it was tough, there were times I felt like giving up, but I knew that I had come too far to lose hope. As twins, we motivated each other in many ways,” says Nomkululeko.

She added: “Financially, I had challenges when I started at UJ. I didn’t have a bursary, unlike my sister, and having no parents made it difficult – not only for financial support but emotional support as well. Our extended family tried their best to do all they could to assist me financially. With my excellent marks, my lecturer, Mr van der Walt, helped me find a bursary which was eventually awarded to me in May 2011.”

Nonkululeko says that studying with her twin sister helped because if one didn’t understand one section of the work, the other would often step in. She, like her sister, is also studying towards completing a B-Tech in Electronics at UJ. 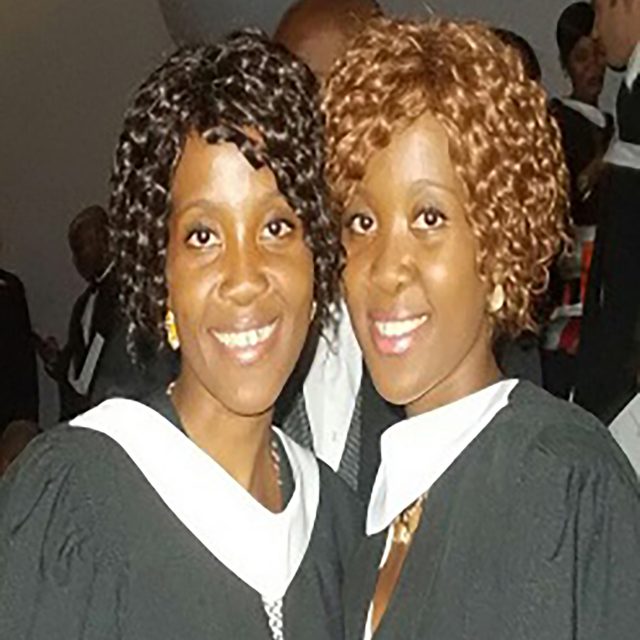