​Sport, in general, is a male dominated genre across the world. In turn, this gives less media coverage on women and their achievements in sport, lack of sponsorship, and lack of support from the public, among other problems. This was the debate around ‘Women in Sport in South Africa’ at the University of Johannesburg (UJ)’s Alumni Evening Talk on Wednesday, 20 August 2014. The debate, coordinated by popular Morning Live news anchor Leanne Manas, featured Ms Emmarie Fouché (South Africa’s long and triple Jumps in the 2014 Commonwealth Games in Scotland) and Nolene Conrad (now South Africa’s long distance runner and winner of 10 kilometers Championships 2014). Mr Max Fuzani (Special Advisor to the SA Sport Minister of Sport, Fikile “Razzmatazz” Mbalula) and UJFM’s award-winning sport journalist Mr Andrew Hope also participated in the debate.​

The event aimed to salute accomplished South African women in sports, particularly UJ female athletes making a difference in the genre. “Sport is a mirror of what is happening in our country, no matter how you look at it. You are looking at the fans’ passion when they sing and the World Cup fever. The rush and the talk about sports in our country is enormous. But the amazing thing about these events is that we don’t see women in such big events. There is a lot of work that still needs to be done,” said Manas, opening the discussion with the panelists.

UJFM’s Hope echoed the late South African President Nelson Mandela on the power of sport in building a nation, saying that it was Mandela who inspired him to train young aspiring journalists to promote sports. “Sport has the power to change the world…it has the power to inspire. It has the power to unite people in a way that little else does. It speaks to youth in a language they understand. Sport can create hope where once there was only despair. It is more powerful than government in breaking down racial barriers,” said Hope, quoting Mandela.

Hope said that the media needs to punt more positive stories about women’s sports and women in sport to build positive media and public perceptions about women.

Speaking as a woman and a coach involved in active mainstream sport, Ms Fouché said that her role in sport is to invest in her athletes with as nurturer, a mother, and a coach to achieve great results. She said that the most humbling thing for her was the positive and encouraging remarks she gets from her athletes when they win silverware on international sport platforms. “Success is a journey and not a destination. I am a woman and I am capable of achieving greatness in sport,” she said.

Conrad added that women faced a lack of sponsorship for their sport. As a result women running a household will seek well-paid employment rather than going to training after a long day of lowly-paid work. Conrad also highlighted the public perception that women are weak and do not have the adrenaline-pumping mojo to attract more spectators. She argued that this hindered women sport development. “Support for women from key structures and the media would help push women athletes into the mainstream and give them exposure and enough coverage. We need women in decision-making processes in our sport organisation and government,” said Conrad.

Fuzani stated that the government’s Department Sport supports women in sports. He said that the department recently introduced the women’s basketball league. Despite government funding the implementation of sports facilities in rural and township areas, local government was one of the aspects that hindered development of sport, he said. The reason for this is that funds are spent on other matters that the community needed more than developing sports facilities. “Through the transformation processes, we are doing a lot of work around promoting women in sport and making sure that we feature young women from rural and township areas. We continue to support the endeavors of all the sporting codes in our country. Whatever the government interventions are in sport, we are aligning with those stated in the National Development Plan (NDP).”

The event took place at UJ’s School of Tourism and Hospitality at the Bunting Road Campus. 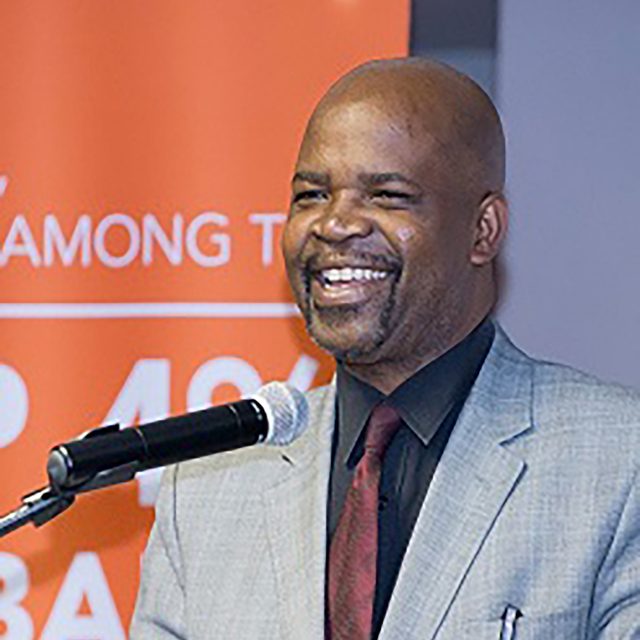