Gauteng Province aims to top the list of globally competitive regions in the year 2055. Students at the University of Johannesburg (UJ)’s Auckland Park Kingsway Campus (APK) and Soweto Campus (SWC) contributed ideas to shaping the Gauteng they would like to see in the next 42 years.​

UJ students packed the Imbizo Hall on SWC and the UJ Arts Centre Auditorium on APK, on Wednesday, 22 May, to get an opportunity to interact with Gauteng Premier Nomvula Mokonyane and the MECs from the Gauteng Provincial Government (GPG). The meeting between students and the government was the first of a series of visits that the provincial government intends to have with institutions of higher learning in the province.

Premier Mokonyane, during the meeting, emphasised that government does have clear strategies and plans are underway to address the areas of concern for Gauteng residents. Gauteng MEC for Education, Barbara Creecy also addressed the issues that face the youth in schools and tertiary institutions.

Premier Mokonyane and MEC Creecy, together with the other MECs from the GPG, spoke to challenges facing Gauteng residents and the local government. Some of the issues raised include, amongst others, lack of student accommodation, student funding for further studies, safety in communities, problems with urbanisation and migration, poverty, unemployment, climate change, and intergenerational transactional sex between young female students and older men.

Both the Premiere and the MEC urged students to work hard and maintain the right attitude when seeking employment. 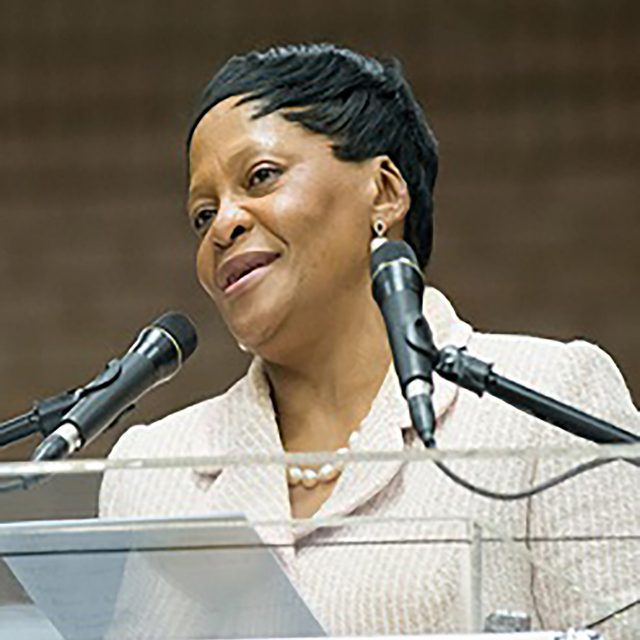