What a coincidence! On Tuesday, 5 August 2014, it was business as usual at the University of Johannesburg (UJ) until something happened – Dr Herman van Niekerk was busy lecturing Structural Geology second year UJ students on different components of Plate Tectonic Theory, a global process that shapes the world and is responsible for generating most earthquakes, when the building in which the class was started shaking.​​​

Dr Herman van Niekerk is a Structural Geologist and Lecturer in the Department of Geology, at UJ.

The class commenced at 12:10pm on the day of the earthquake. A few minutes into the lecture, Dr van Niekerk played a video that showed how plate tectonic processes like earthquakes and volcanoes shape Iceland. At about 12:22, the lecture hall started shaking while the video was still playing.

​“This particular lecture dealt with ‘oceanic spreading ridges’ and at 12:22pm, while we were watching a short video clip on how plate tectonic processes like earthquakes and volcanoes shape Iceland, the building suddenly started to shake.

We were all surprised and all the students were looking at each other and then one student raised his hand and asked: ‘Sir, is this part of the video?’. As a Structural Geologist lecturing students on earthquakes and all the different forces that shape the planet we are living on, I could not believe the timing and so I answered ‘what you guys are feeling now are those Raleigh and Love earthquake waves that we were talking about in the previous lecture,” said Dr van Niekerk.

The earthquake measured a magnitude of 5.5 on the Richter scale and that occurred at a depth of between 5 and 10 kilometres below an area on the surface of the earth. This area is situated at about 6 kilometres to the east of the mining town of Orkney in the Northwest Province, South Africa.

This is how Dr van Niekerk explains the earthquake:

​​Approximately 1000 to 1500 earthquakes of this magnitude occur around the world every year, which makes it quite common on a global scale. But, in South Africa – especially in Gauteng, parts of the Free State, North West and Mpumalanga Provinces – we live on extremely old, thick and stable continental crust referred to by geologists as the Kaapvaal Craton, which is between 2 to 4 billion years old. Because of its age and thickness it is very stable geologically and earthquakes are a very rare occurrence.

​People have asked whether this earthquake was the result of the gold mining activities in the area around Orkney, but for a number of reasons we cannot blame “mining induced seismicity” for this event. First of all the fault movement in this event, as determined from the earthquake waves was in a horizontal manner, which geologists call “strike slip” movement, not typically associated with mining induced events. Secondly, the depth of this earthquake was most likely too deep to be associated with mining activities and, thirdly, it is very unlikely that so much energy would be released in seismic activity caused by mining activities.

So, we have to look far another explanation. The cause of this earthquake is most likely because the crust of the earth here in southern Africa is, for some reason, stressed and this causes a build-up of energy, which gets released when rocks move along, what geologists refer to as a “fault”. In the context of southern Africa, these stresses are usually concentrated along ancient “weaker” zones in the old continental crust and when the stresses reach a certain tipping point, the rocks move along one of these ancient faults and an earthquake occurs.

Since we have been monitoring earthquakes here in South Africa over the last 100 years or so, a number of earthquakes with this magnitude have occurred in southern Africa. Quite recently (2011), a number of earthquakes of similar and smaller magnitude occurred in the Northern Cape Province of South Africa close to the town of Kakamas, also in an area that contain some weaker zones in the Earth’s crust. This event as well as previous earthquakes of magnitude 5 in the Klerksdorp – Welkom area, as well as Mozambique – indicate that the stresses in the Earth’s crust is spread over a much greater area that can be induced by the mining activities in the Orkney area.

To solve a scientific problem like this, we have to look for the most likely stressor that can impart such great stresses on the Earth’s crust, and on the African continent there is one such obvious and most likely “culprit”. This is the East African Rift Valley that has its origin in the horn of Africa and forms part of triple junction with the Red Sea and Gulf of Aden being the other two branches. The East African Rift Valley is the surface expression of great plate tectonic forces that is attempting to tear through Africa from the north.

At present the East African Rift Valley extends all the way from northeast Africa into northern Mozambique and its extent can easily be followed on any map by just looking at the distribution of all the lakes and volcano’s that dominate the eastern part of Africa. It is making its way south at about 2.5 centimetres per year and it is this tearing of the rocks that is placing the southern part of the African plate under great stress. These stresses are channelled through these weaker zones in the Earth’s crust and it is when nature releases this built up stress that earthquakes occur.

Getting back to the gold mines around Orkney, the gold that is being mined at depth in this area coincidentally occur in and on top of one of these weak zones, making mining there a very difficult task. The miners in these mines are at risk of small scale mined induced seismicity as well as what nature might throw at them which is completely out of their control.

There is no reason to panic as the geology on which we live in here in South Africa makes the possibility of having a major earthquake incredibly small. But, we need to address the social problems related to geological hazards, and in this case it refers to poor people not being able to construct houses according to the prescribed building codes that make their dwellings and themselves vulnerable in the event of even a small earthquake. 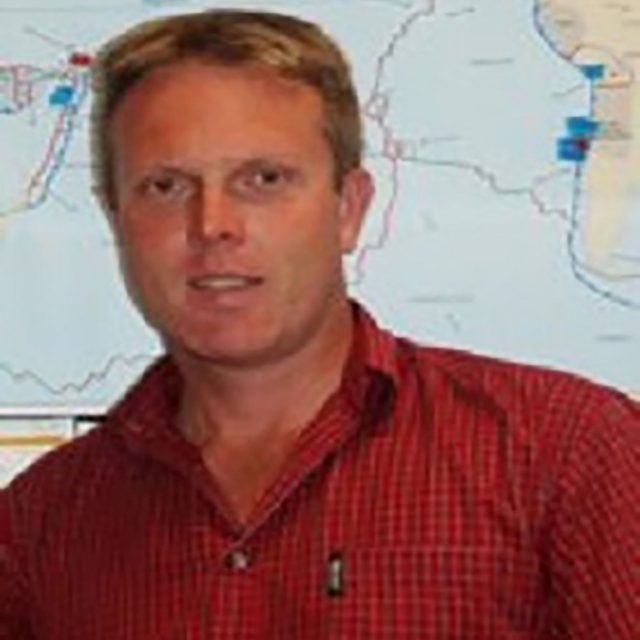