Hundreds of University of Johannesburg (UJ) students brushed shoulders with Miss Varsity Cup 2013, UJ’s Sasha Lee Olivier, the 2014 Miss UJ Varsity Cup finalists and met UJ’s Rugby boytjies at a big brag event in the spirit of the new Varsity Cup season.
​UJ Sport introduced its Varsity Cup 2014 team and the new coach, who will be guiding the boyjies to the Varsity Cup title, Mr Werner Janse Van Rensburg. The captain of the first team, Jacques Pretorius; and the rest of the boys also donned their UJ colours during the big brag, coupled with a positive spirit for the upcoming tournament. “We are in it for the win”, Pretorius said to the crowd.
Varsity Cup, which is officially sponsored by; Cell C, FNB, Steinhoff and Spur, kicked off the second and third round of matches on Monday, 10 February, with UJ going up against NMMU’s Madibaz and suffering a 15-20 defeat at home.​ 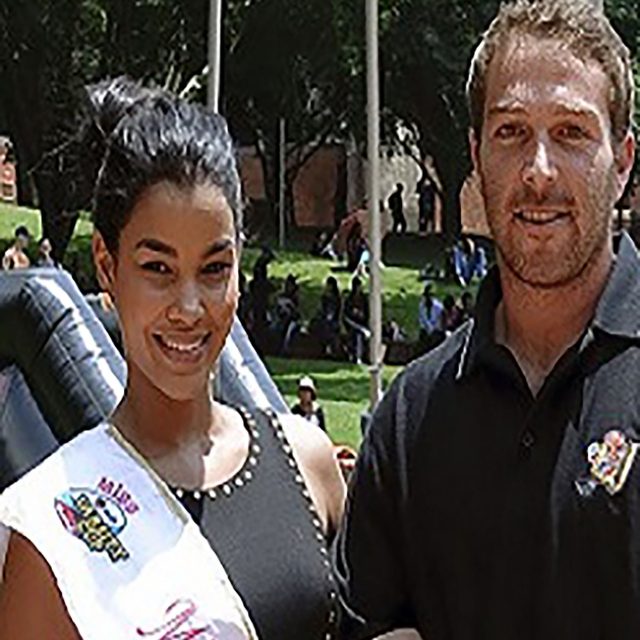