This Assegai award is one of 13 that Strategic Communication has won in the past five years.

One of the lecturers, Caroline Azionya added on the significance of the wins for the second-year students. “The students often compete with third year students from other institutions. Coming up tops is an indication of the excellence in teaching exhibited by all staff members involved and the calibre of students we have at UJ.”

As part of their academic curriculum, second and third year students were commissioned with a task of developing a campaign that will not only raise awareness about the positive benefits of migration but also promote social cohesion amongst migrants and host communities.

The groups winning campaign,-“Integrated Communication on Migration” showcases migrants to South Africa who have been making a positive contribution to the country, people you may have not even known are migrants and in so doing highlighting the good migration can do.

A total of 8 teams comprising of 6 to 8 students participated and only 3 teams were awarded for their campaign ideas that fit the brief issued the beginning of 2015. Students researched the topic of migration, surveyed attitudes and misconceptions, and designed their campaigns based on the findings. 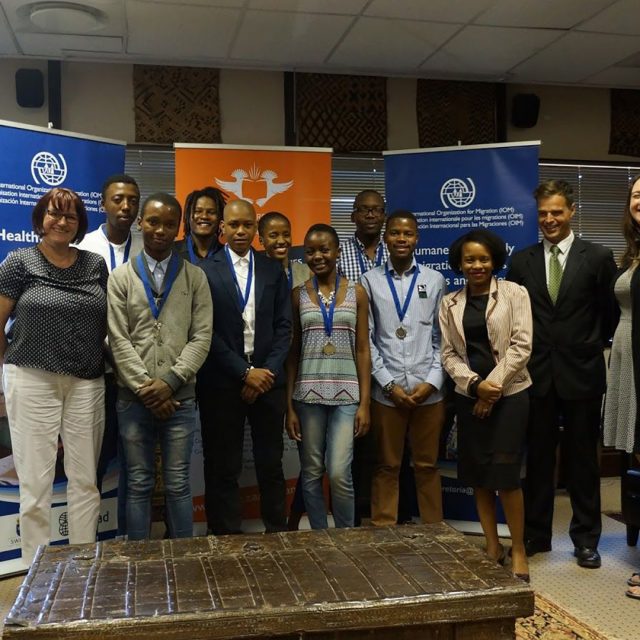