UJ student to compete in international chess competition in Hungary

Jaishil Modi, a Bachelor of Accounting, BACC second year student at the University of Johannesburg (UJ), will be competing in a chess tournament in Budapest, Hungary from 4 to 17 July 2015. The tall, quiet chess prodigy has played chess around the world, in countries such as Turkey (5 times), Vietnam, Greece, Brazil and Zambia (African Youth Chess Championship where he scooped the second position).

Born in Johannesburg, Modi attended St. John’s College and has been playing chess since he was 8-years-old.

Now competing at the highest level, Modi says: “Practice makes perfect. I do a lot of physical training to increase my concentration. I play soccer. I qualified for the top ten SA players in my age category for the top ten closed. At that tournament, I came 2nd and as a result I was selected to represent South Africa in the world youth chess championships in Turkey, Istanbul. After all the excitement and motivation, I carried on being my best. I had made the SA team almost every single year. The tournaments I was selected to play in were the World Youth Chess Championships and the World Under16 Chess Olympiad.

Modi is good with numbers and says business is interesting; hence he enrolled for Accounting Science.

According to Modi, the best he has ever done was coming 42nd out of 150 players during the Brazil Under16 World Championships – he was ranked at position 90 at the beginning of the tournament.

He plays chess at Aflsaan Residence Hall near the Gym at the Auckland Park Kingsway Campus. The University had sent a few players to the universities chess tournament in December 2014 in Cape Town. There were about 200 male players and 150 female players. Modi made the top ten males, from which he was selected to play in the top ten closed which was held at Wits University this year (2015). From there, players were selected to represent the SA chess team in Hungary.

There were over 200 players who enrolled for chess just at APK, managed by Mr Linly De Beer. Modi says that he is passionate about chess. “It is a sport and not just a game. We play matches that last up to five hours. To sit down and concentrate that long is intense. Therefore I train in chess and sports, I run 10km races all the time and recently I have started 21km. I would also like to pursue triathlon (running, swimming and cycling),” he says.

“The plan is to play socially and focus on my studies. The course I am studying is extremely difficult for me as I have not done accounting in school. I love chess, and I play it because it helps take my mind off things. Chess may be a difficult game for beginners, but once one grasps the concept then eventually everyone comes right. People just need time and practice to be the best in the game.

Modi looks set for the international stage: “It gives me chills every time I am going to compete internationally. But the quality of the games is so high compared to SA. That is what I am excited for. The Europeans are great in playing chess, including the Asians. My expectations will be to do my best and my country proud.

He is leaving for Budapest on 2 July. 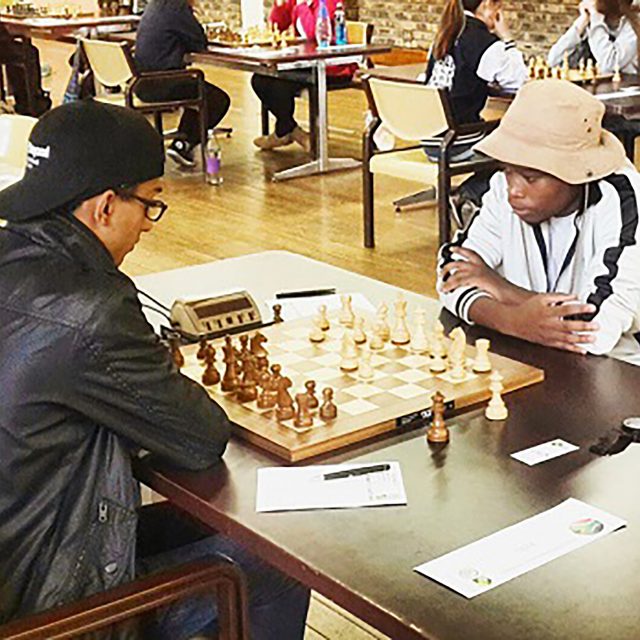