After a long spell of not qualifying for continental and world tournaments, South Africa’s Senior Men National Football team, Bafana Bafana, has lifted the 2021 COSAFA Cup trophy. Helping the team to glory was team medic from the University of Johannesburg (UJ) Sport, Mr Nhlanhla Ndlovu, who was responsible for keeping the players fit and ready for the competition.

Mr. Ndlovu worked alongside the team doctor, Dr Tshepo Molobi, and team masseur, Mr. Bongani Manuku, in ensuring that the players performed to their optimum best by managing their injuries.

“My role in the team as a Team Physiotherapist was to manage the injuries of the players during training sessions and games, as well as reporting to the team doctor who then communicates with the coaches about the status of the injuries and also on which player is fit or unfit to train or play.

“I did treatments of the injured players in the evenings after dinner or technical meetings. I also prepared players by strapping them before a training session or a game. Then during a game, we did the touchline management of injured players, by running into the field to attend to their injuries and take them out to be further managed outside if necessary. Based on how the players felt and our own assessment, the player would return to continue with the game or be replaced,” says Ndlovu.

The Bafana camp triumphed against serious odds, with some players, Coach Lucky Shiburi and Coach Helman Mkhalele testing positive for COVID-19 at the beginning of the tournament. According to Ndlovu, the COSAFA camp was one of the longest and challenging camps for all departments. The team had a preparation camp for a week from the 27th of June to 3rd of July, before moving on to the Nelson Mandela Bay Municipality for the COSAFA Tournament.

“In the camp, we had few players and one assistant coach who were released during the preparatory camp because they tested positive for COVID-19. We started our first game with only 14 payers: two goalkeepers and 12 in-field players and with only one coach who was the assistant Coach and had to become the Head Coach after the Head Coach Helman Mkhalele tested positive. Fortunately, we didn’t have any injuries in the camp at the time. We only received extra players and two other coaches on the eve of the third game,” explains Ndlovu.

He added, “This was one camp that was a test of character for everyone, but with team work and resilience from our players we had a fruitful camp with excellent results competing all the way to the finals of the tournament and winning it! This camp gave hope for the nation, it was necessary given the recent turmoil that engulfed the country recently,” says Ndlovu. 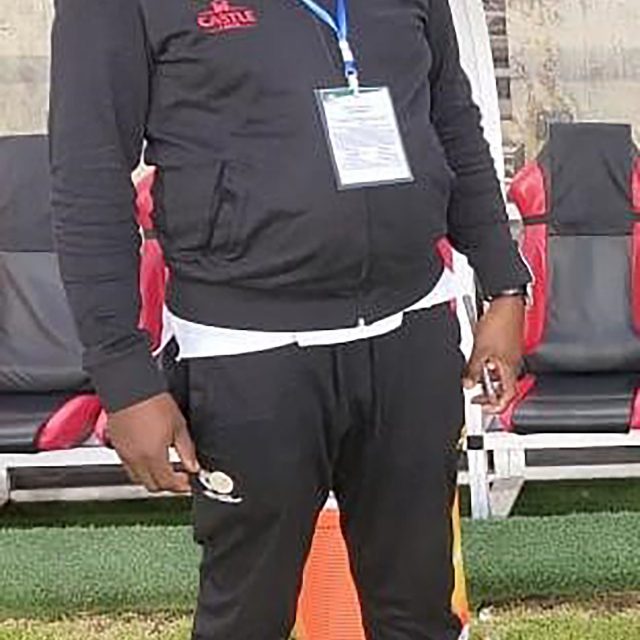