As debutants, UJ faced the University of Pretoria (Tuks) in an exciting final in Soweto, Monday,15 September 2014. The high-intensity match provided entertaining football for the supporters, who witnessed a number of hard tackles as both sides looked to gain the advantage and bag the coveted trophy.

After a goalless first half, UJ came out firing in the second period, but a free-kick goal placed Tuks in the lead. It remained 1-0, as the Pretoria-based side lifted the trophy.

UJ, the newcomers to the tournament, has been in sterling form throughout the Varsity Football Series and went into the final unbeaten.

Says Bruchhausen; “I am very humbled by the award and am very happy. It is a great achievement as the players in this tournament have been on a different level! I think to perform the way I did, takes a lot of self-belief and confidence when playing. I stayed composed and I have to credit the team as well. It was a team effort.

“We are a united team and that’s what has taken us this far. We fight for each other on and off the pitch and we have grown together!

I believe that every game gives one the opportunity to grow as a person and player. What I have taken from Varsity Sport football will stay with me for the rest of my footballing career. The standard is high and the hunger and determination of players motivated me. I’ve learned what it feels like to be in a professional environment, to show up every day and compete on the field. It wasn’t easy, considering the high level of players that we competed against! Eight weeks is a long time to stay focused. I’ve learnt that you need to be 100% focused at every training session and game.” 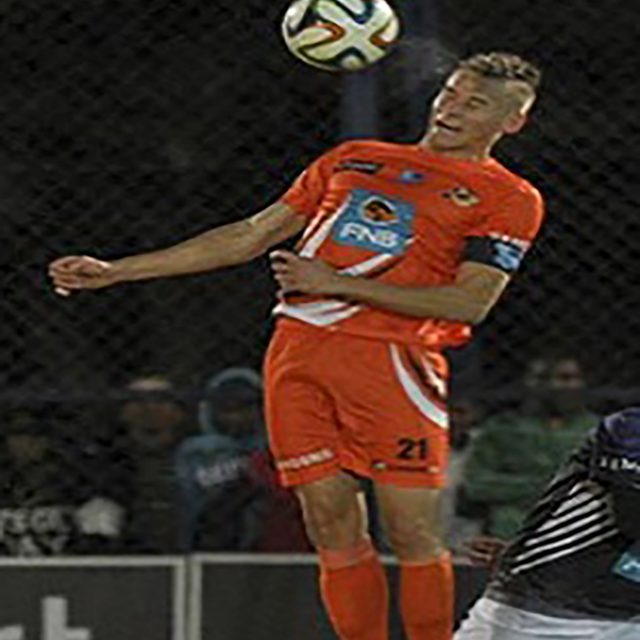