UJ showcases a diverse heritage at the 2012 International Students Festival

​​​Every year the University of Johannesburg (UJ) hosts an International Students Festival where students from all cultures and backgrounds have an opportunity to showcase their cultural attire, fashions, cuisine and dance. It is a rare occasion where all nations come together and celebrate their heritage.​

The festival is part of UJ’s Diversity Week which is organised in September. The UJ Diversity Week is embraced in the University’s values which acknowledge the various cultures of people working and studying at UJ.

Groups of UJ international students compete in showcasing their home countries’ best cultural and traditional practices in an exhilarating ambiance. These students come from as far as in countries such as Turkey, Spain, Gabon, Nigeria, Swaziland, Lesotho, Angola, Zimbabwe, Mauritius, Rwanda, Burundi, Democratic Republic of Congo (DRC), Cameroon and Malawi to name but a few. The majority of students who partake in the festival come from African states.​

​The festival has grown since its inception in 2005, with support for the initiative increasing each year. Hosted at the Auckland Park Kingsway (APK) campus, the festival provides traditional feel where people learn about other countries’ cultures. Participants sing songs that tell stories of their traditional lifestyles and play music composed by their countries’ musicians. During the festival, each represented country has a stall for the food tasting segment and traditional cutleries they use are also made available.

Below are the results of the festival: 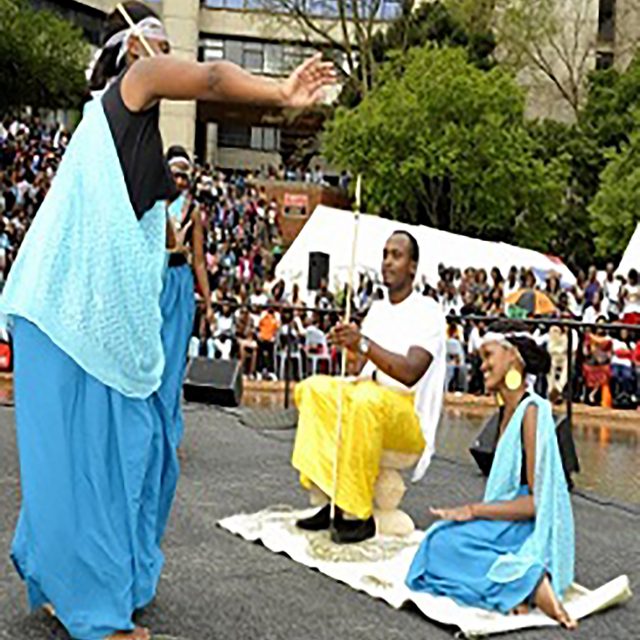